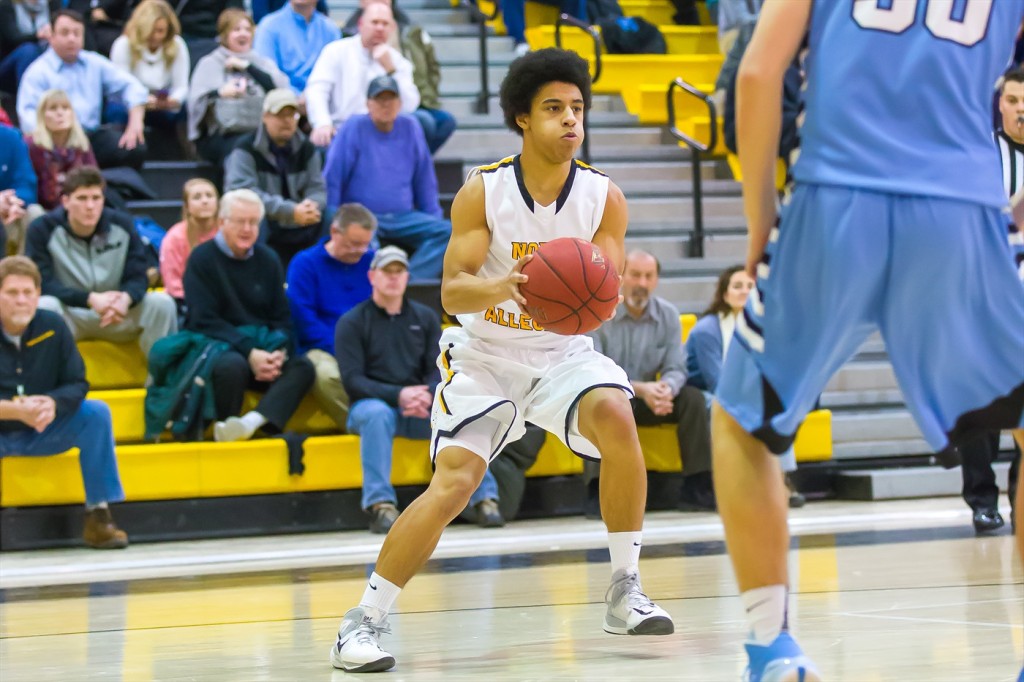 NA Stays In Playoff Hunt With Win Over Seneca Valley

With their backs against the wall, the North Allegheny Tigers kept their playoff hopes alive by vanquishing the Seneca Valley Raiders, 74-49, in an important Section 3-AAAA contest. The Tigers’ win, coupled with a Butler loss to Central Catholic last night, puts North Allegheny in a “win and get in” scenario on Friday against the North Hills Indians. The victory also extends NA’s head-to-head winning streak with Seneca Valley to 17 in a row.

The first quarter was a seesaw game of runs with the Tigers opening the night with a 10-0 run that was punctuated on a 3-pointer from junior forward Griffin Sestili. Seneca Valley answered with a 6-0 run to cut the NA lead to 10-6, but the Tigers responded with an 8-0 run to take an 18-6 advantage into the second quarter.

It was a good shooting night for the Tigers as the squad extended the lead to 32-17 by halftime with pinpoint prowess from beyond the arc. Collectively the Tigers poured in 10 of 26 3-point attempts with Isaiah Zeise, Ethan Maenza and Ray Sandherr hitting two treys apiece. With efficient work from the outside, Sestili picked apart the Raiders on the inside with a game-high 18 points and 10 rebounds. For his efforts, Sestili was named the Wright Automotive Player of the Game.

Seneca Valley turned up the intensity in the second half but by then it was far too late as the Tigers continued to pour on the points for a 74-49 win. Along with Sestili, Zeise and sophomore Curtis Aiken netted 12 points apiece. Heading into Friday night’s game with North Hills, the Tigers can reach the playoffs with a simple scenario, win and you’re in. NA could still qualify for the post-season with a loss to North Hills, but would need Butler to also falter against a Seneca Valley team that is tied for last place in the section.

North Allegheny is now 10-8 overall and 6-5 in Section 3-AAAA. Seneca Valley falls to 7-14 overall and 1-10 in the section. Friday’s game with North Hills will be broadcast live via the internet on the North Allegheny Sports Network.