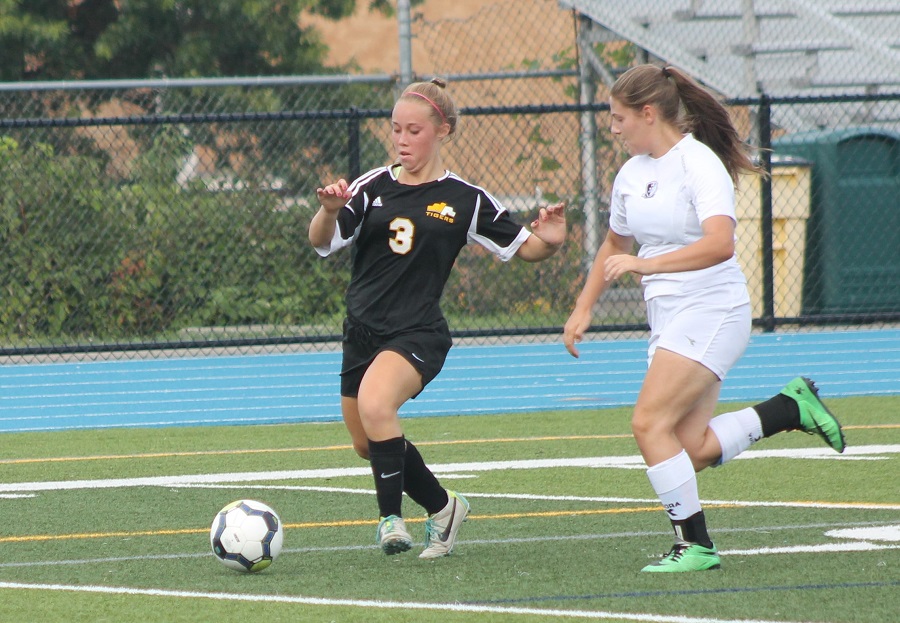 North Allegheny scored three goals in the final seven minutes of the game to stun Peters Township in the season opener, 3-2, on Wednesday night. Senior Brooke Anderson scored two of the NA goals, including the game winner on a penalty kick in the 77th minute.

Peters Township held a 2-0 lead in the second half and seemed to be headed toward an opening night win. However, Brooke Anderson scored her first goal of the night in the 73rd minute to cut the score to 2-1 and gave the Tigers life.

In the 74th minute, it appeared Peters Township would regain its two-goal advantage when the Indians were awarded a penalty kick. However, NA goalie Cara Schwartz made a huge save to keep the score at 2-1, Indians.

Just moments later, North Allegheny tied the game on a crossing pass from Isabella Pietropola that found the toe of junior Morgan Anderson for a goal and the contest was even, 2-2.  The Tigers nearly took the lead in the 77th minute but a shot by Emma Bundy hit the crossbar and the score stayed tied. In the 78th minute, the Tigers were awarded a penalty kick that set the stage for Brooke Anderson’s heroics on the game-winning kick and a 3-2 victory.

North Allegheny is 1-0 on the season and will host Upper St. Clair on Saturday.