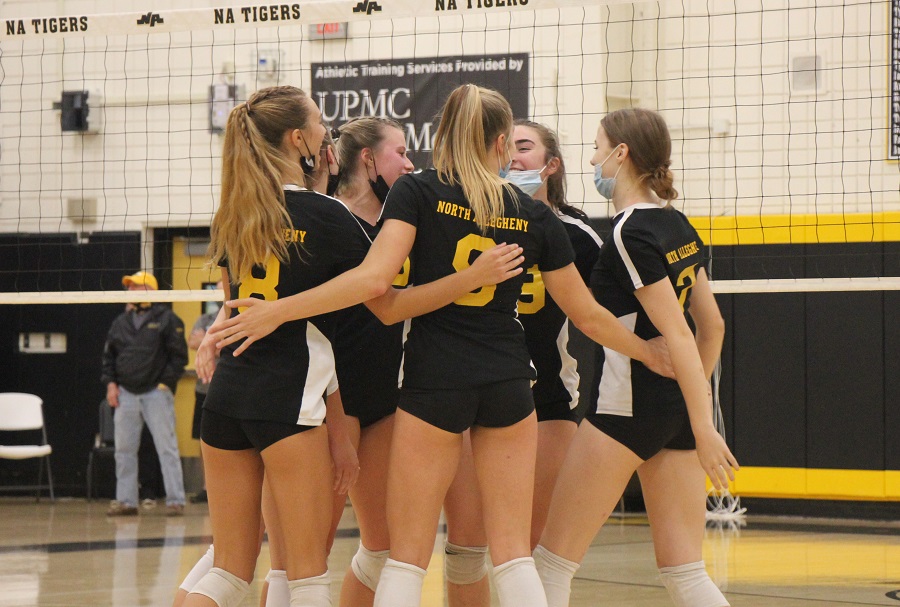 The four-time reigning PIAA champions picked up a Section 1-AAAA victory on Thursday night with a 3-0 sweep over Seneca Valley. The Tigers earned the win by set scores of 25-19, 25-16 and 25-13.

A variety of hitters contributed to the victory and helped the Tigers jump out to a big lead in all three sets. On the night, junior Carissa Treser led the way with a team-leading eight kills on her way to Wright Automotive Player of the Game honors.

With the win, North Allegheny improves to 6-1 overall and 5-1 in Section 1-AAAA. Seneca Valley slides to 4-4 overall and 3-4 in the section. The Tigers will look for another section win on the road at Fox Chapel on Tuesday night.