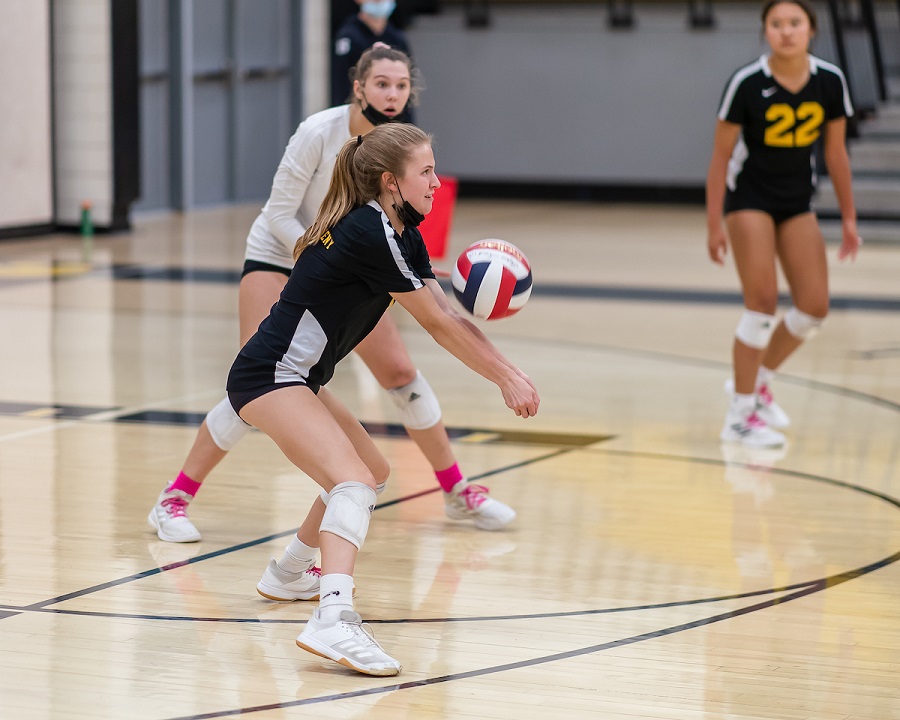 The four-time reigning Class AAAA state champions began their quest for a fifth straight crown on Tuesday night with a 3-0 win over State College in the first round of the PIAA playoffs. The Tigers won by set scores of 25-8, 25-13 and 25-23.

Tuesday night marked the seventh time in the last 10 years that North Allegheny and State College faced off in the PIAA playoffs. Like the previous six meetings, it was the Tigers who came away victorious.

Coming off a thrilling reverse sweep over Shaler in the WPIAL championship, North Allegheny continued to ride the wave of that momentum into a swift 25-8 victory in set one over State College. The opening game win was sparked by junior Carissa Treser’s four kills and senior Jadyn Perkins’ three kills and two blocks. Both Treser and Perkins finished tied with a team-high eight kills. Perkins added three blocks on the evening and was named the Wright Automotive Player of the Game.

Carnegie Mellon University commit Emi Shukla produced a pair of kills to help State College hang around with NA in the second half, trailing 12-8 in the middle stages of the set. However, North Allegheny won 13 of the next 18 points to take a 25-13 victory. Senior Rachel Burton and sophomore Kyra Schmidt helped power the Tigers in the second set with three and two kills, respectively. Both Burton and Schmidt finished with five kills each. The set point in games one and two were both provided by senior Chelsea Boyer with a pair of aces.

Winners of 11 consecutive District 6 titles, the Little Lions refused to go away quietly in the third set and trailed by just two points. Haverford College commit Claire Jordan spearheaded the charge for State College with three kills. Despite a spirited effort from State College in the final set, North Allegheny prevailed thanks in part to three more kills by Perkins for a 25-23 win. Treser delivered the match point with a kill to cap the win.

North Allegheny improves to 17-1 on the season, while State College has its season come to an end with a 12-3 mark. The Tigers advance to the PIAA quarterfinals to face Elizabethtown on Saturday at a site and time to be determined. The contest will be broadcast live by the North Allegheny Sports Network.