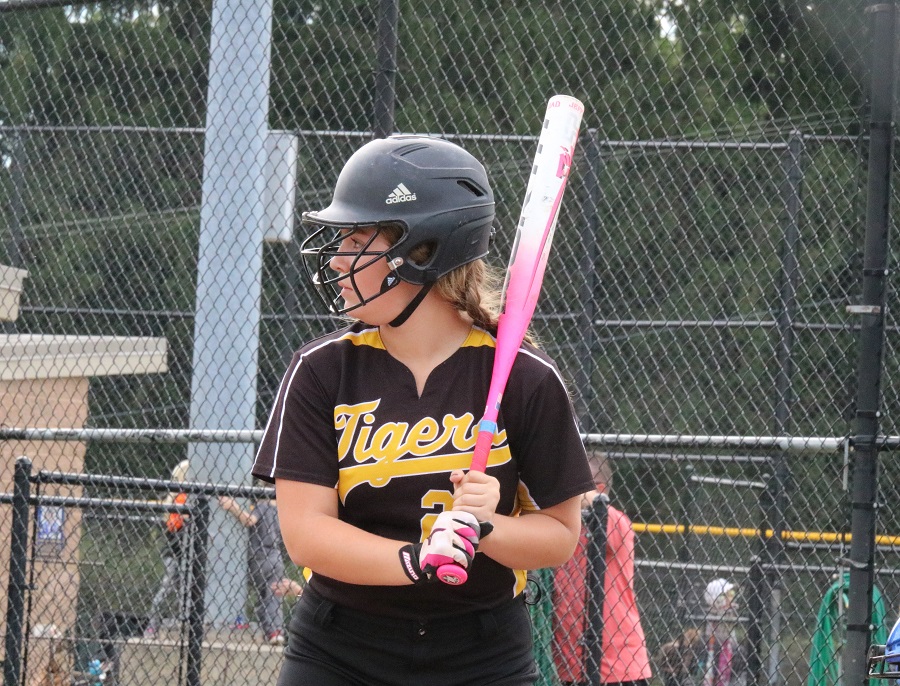 The North Allegheny Tigers had two tough contests against Montour on Sunday, October 14.  The Tigers started strong when call-up freshman Megan Quinlan knocked in two RBIs at the beginning of the first inning.  This was quickly followed by senior Melissa Metzger with a triple and two more RBIs. Montour returned with three runs in the bottom of the first.  For two innings, both teams were held. In the top of the fifth inning, senior Jenni Booker got a double followed by an RBI from junior Kenna White.  It was back and forth the rest of the game including some strong defense from sophomore Claire Medic catching a foul ball as catcher. Unfortunately, Montour ended up winning, 11- 6.

In the second game, Junior Abby Birch played a strong game at left, catching two dramatic flies and stopping two runs in the second inning.   Birch also led the team with three RBIs this game. Sophomores Lizzie Wetmore and Carly Snyder and freshman Emily Yanchak each earned one RBI.  With some powerful hitters from Montour, the Tigers couldn’t catch up. Final score: 16-6.