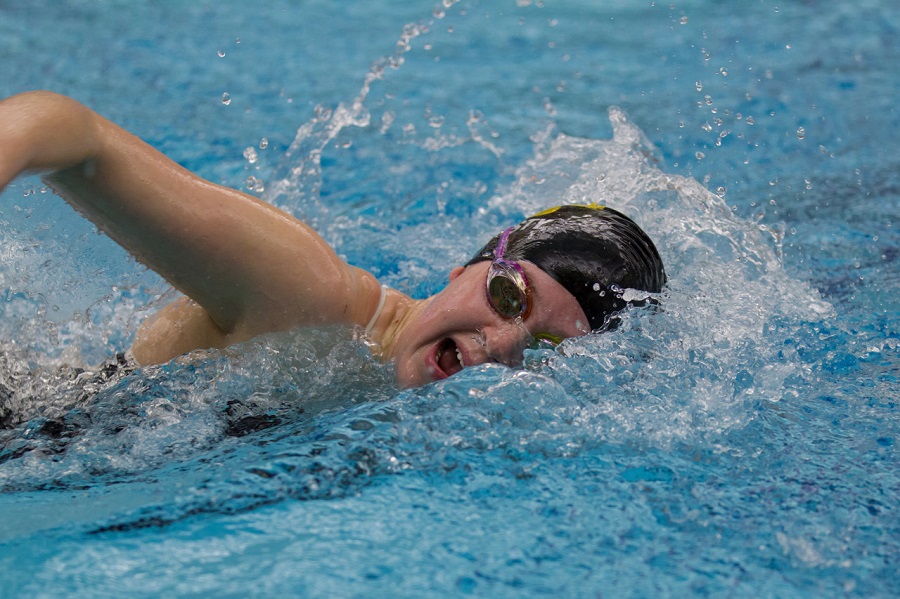 Lauren McGrath led the girls’ team with pool records in the 100 and 200 Free.  Lauren teamed with Anna Verardi, Kristine Mihm and Torie Buerger in the 400 Free Relay for another pool record. Buerger continued the record breaking streak with a new pool record in the 100 Back.  Mihm was victorious in the 500 Free. The team of Aimee Verardi, Caitlyn Edwards, Ann Juneau and McGrath won the 200 Free Relay.

The boys’ team was victorious in all individual events and all three relays. The three individual record breakers for the boys’ team were Mason Gonzalez in the 200 Free, Andrew Zhang in the 100 Fly and Rick Mihm in the 500 Free. Other individual winners were Eben Krigger in the 200 IM and 100 Free, Jack Wright in the 50 Free and 100 Back and Jerry Chin in the 100 Breast.  The 200 Free Relay record breaking team included Max and Mason Gonzalez, Zhang and Krigger.  The 400 Free Relay record breaking team included Wright, Mihm, Joel Songer and Krigger.

Maddie Mianzo won the 1 meter diving competition with a score of 206.90.

North Allegheny’s next meet is December 20 against Upper St. Clair.  This is “blackout night” so supporters are encouraged to wear black attire.