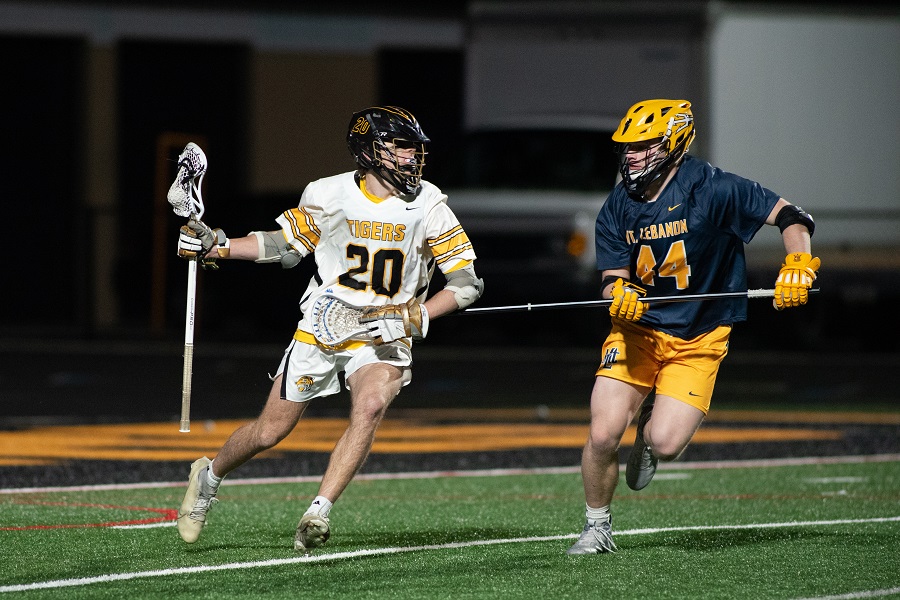 The Tigers pounced early and often in the first quarter, jetting out to an 8-0 lead after one frame. Senior Cole Bordo started the offensive onslaught just a few minutes into the contest, and he finished the game with three goals. Fellow attackman junior Marc Bartolomucci also recorded a hat trick in the game. Other first quarter scorers included seniors Gavin Banyas and Marko Kosanovich, junior Christian Tedder and freshman Travis Lamark, who netted a pair.

Seneca Valley senior Reichen Geiselhart opened up scoring in the second frame. The Baldwin Wallace commit went on to score five total goals in the contest. Sophomore Evan Lyon tallied back-to-back goals in the second quarter to take an 11-1 lead. Junior Marco Pascarella also scored on a breakaway before the half.

In the second half, North Allegheny added scoring from senior Nicholas Mouganis, while Seneca Valley’s Bryce Lightner and Ian Wheland found the back of the net.

Lyon was named the Wright Automotive Player of the Game for a four-point night (2G-2A.)

The win improves North Allegheny’s record to 8-4 on the season and 6-0 in section action. The Tigers are back in action Sunday afternoon at Newman Stadium in a non-conference matchup with St. Ignatius (OH) at noon.