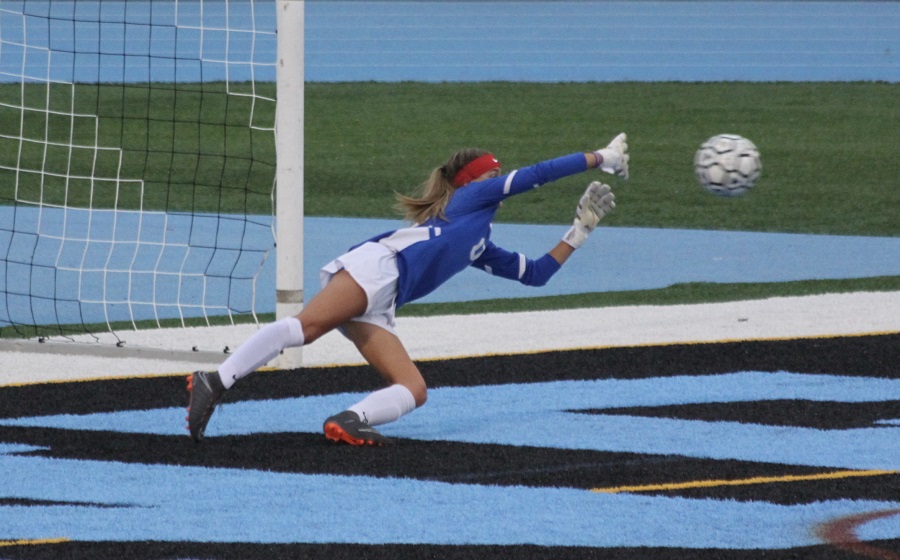 A slow start did not stop North Allegheny from taking a 3-0 victory over rival Seneca Valley Wednesday night at NexTier Stadium. The win moves the Tigers into sole possession of first place in Section 1-4A rankings.

Seneca Valley controlled the pace in the early portion of the first half, with aggressive play that kept the ball away from the NA offense. The turning point came in the 34th minute when senior forward Alex Adams split two defenders on a breakaway and shot the ball past Raider goalie Morgan Sinan to take the 1-0 lead.

In the second half, back and forth play ensued as the Seneca Valley offense ramped up the pressure. Raider junior forward Bre Valentovish had two prime opportunities including a shot that went wide left with 27 minutes remaining, and a free kick off of a NA yellow card that also went wide.

Late in the contest, Adams struck again with another individual effort to tally her second of the night and team leading fifth of the season. Adams took home Wright Automotive Player of the Game honors.

North Allegheny held a slim 1-0 edge on corner kicks. The shots on goal count was even at 9-9. NA goalie Madison Vukas earned the shutout and the win. It was the second straight shutout for Vukas and the Tigers.

North Allegheny improves to 3-0 (4-0 overall) and moves into first place in the section. Seneca Valley slides to 3-1 (4-1 overall). The Tigers have a few days off before a match with Upper St. Clair back at home on Saturday at 4:00 p.m.