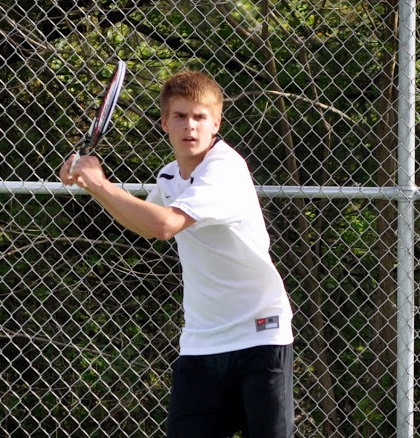 Senior tennis player Kevin Goth has committed to and will sign a letter of intent to continue his athletic and academic career at Cleveland State University.  Cleveland State is a Division I institution that competes in the prestigious Horizon League. Kevin will play for Coach Brian Etzkin.  Goth is the two-time reigning Section 2 singles champion and is currently one of the top seeded WPIAL singles players. He looks forward to leading the team back to the PIAA playoffs this season which starts officially on March 10.  Kevin plans on majoring in Finance and he is the son of Trish Sauer and Dr. Joseph Goth.