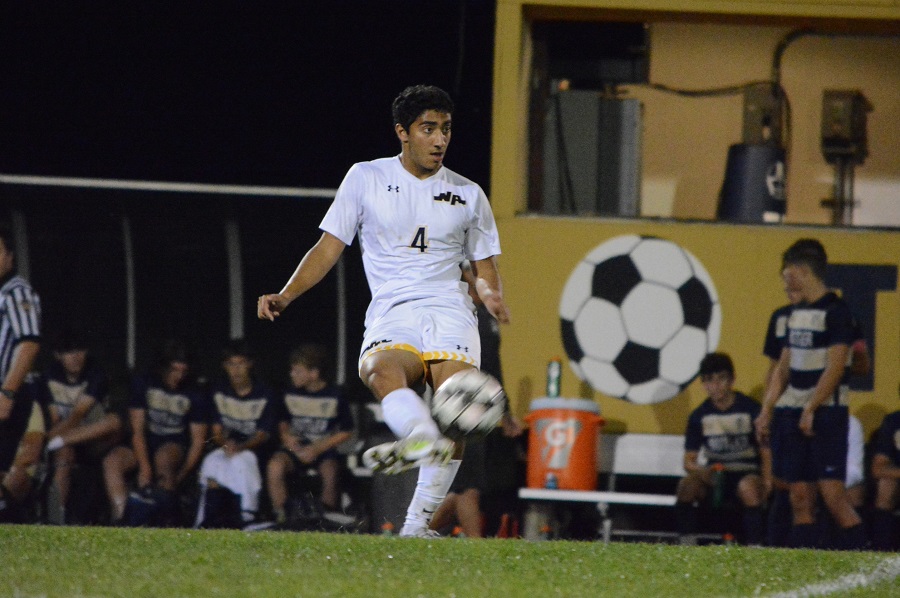 The North Allegheny boys’ soccer team earned an important Section 1-AAAA road win on Tuesday night with a 4-0 shutout of the Butler Golden Tornado. The victory is the sixth in the last seven games for the Tigers.

The first break of the game came 3:59 into the contest when a Butler handball in the box resulted in a North Allegheny penalty kick. Senior Evan Anderson buried the PK and gave the Tigers an immediate 1-0 lead.

In the 27th minute, the Tigers struck again as Brandon Marzula beat two defenders and drove in a shot from the top of the 18, extending the NA lead to 2-0.

Just 3:13 into the second half, Kevin Luo took a lead pass from the midfield and laced a hard bouncing shot that was initially saved but Anderson cleaned up the rebound for a 3-0 lead. Anderson scored his third of the night by dribbling past three defenders and the keeper for a goal with 8:23 remaining to close out a 4-0 victory.

The win improves North Allegheny’s record to 8-3 overall and 6-3 in Section 1-AAAA. Butler slides to 9-4 overall and 6-4 in the section. The Tigers look to keep things rolling on Thursday for a home date with the Shaler Titans at 5:00 p.m. The game will be broadcast live by the North Allegheny Sports Network.