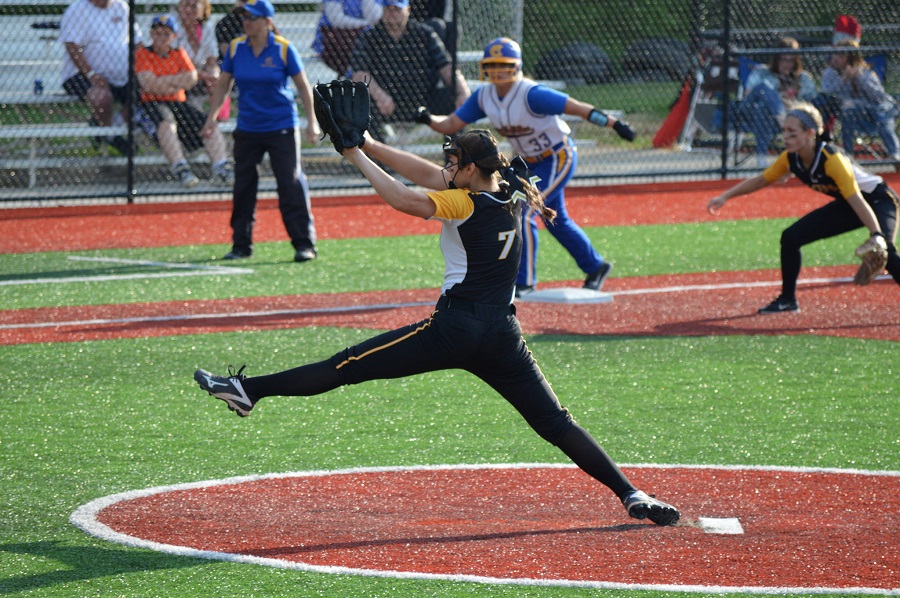 The North Allegheny Varsity Softball Team advanced to the W.P.I.A.L. Semi-Final Round with a 2-0 defeat of Canon McMillan at Seneca Valley on Monday evening. The final score of 2-0 indicated the closeness of the game throughout. North Allegheny scored a run in the first inning when freshman designated player Kristen Chomos led off the game with a single, advanced to third on an error on a ball hit by sophomore left fielder Anna Pilotta, and scored on a sacrifice fly by senior catcher Liz Scherer. The Tigers’ second run came in the third when Chomos again led off with a single and was sacrificed to second by Pilotta. Following a single by Scherer, freshman shortstop Rachel Martindale hit a long fly ball down the left field line into foul territory, and Chomos scored following the catch.  The Tigers did have other limited opportunities, but left three runners on base.

Defensively, NA played errorless ball behind senior starter and winning pitcher Madi Beining, who went the distance and notched seven strikeouts while walking two and allowing just three hits. The win raises the Tigers’ record to 19-2 and sets the stage for a rematch against the Hempfield Spartans, who defeated the Tigers at Hempfield in a 6-4 late-season contest.  Stay in touch with the North Allegheny Athletic Website for further information as it becomes available.