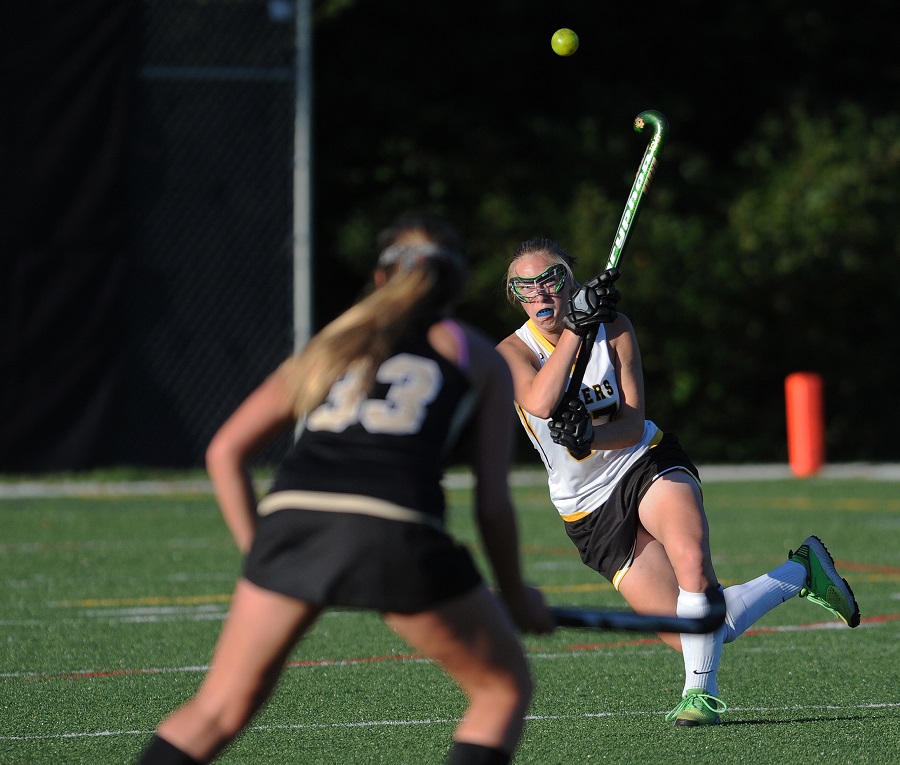 NA earned the win with a strong defensive back-line and a pressing mid-field.  The Tigers kept their opponents to a total of three shots on goal.  Junior defender Kayley Cooper made several defensive saves and kept the ball clear of cage.  NA’s offensive attacks kept the Hathaway Brown goal keeper very busy. The Tigers had several shots on goal with most the first half was played in the opponents end. The Hathaway Brown goal keeper made diving saves and kept Hathaway in the game; she made 7 saves throughout the game.  Eventually NA junior midfielder Bridget Russell scored with an unassisted drive before the half ended and gave the Tigers the lead, 1-0.

The second half started with a flurry of offense from Hathaway Brown, battling back and garnering several penalty corner chances.  Hathaway finally netted a goal late in the half to tie the game 1-1.  With the game tied and time running out, the Tigers mid-field and offensive line began to attack.  Russell and Junior Laura Schwendeman led the attack, and Russell again rocketed a shot into the Hathaway Brown cage to give the Tigers a 2-1 victory.

North Allegheny leaps to 3-0 on the season with the non-section win. The Tigers return to section play with a road game against the Latrobe Wildcats on Tuesday night.