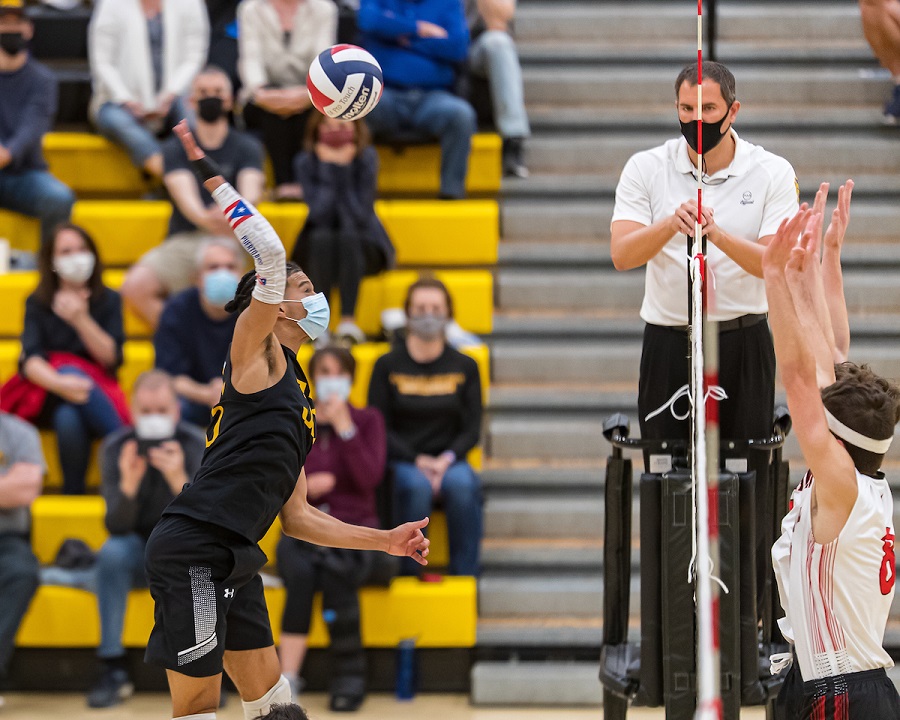 In Saturday’s contest, these two volleyball heavyweights traded barbs in the early going with North Allegheny leading 7-6 in the first set. Seniors Gavin Owens and Michael Mosbacher sparked a run and the Tigers took seven of the next nine points for a 14-8 lead. From that point on, NA kept Northeastern at arm’s length en route to a 25-18 set one win. Owens totaled four of his eight kills in game one and Mosbacher tallied three of his five kills in the opening stanza.

Northeastern regrouped in the second set and held a four-point lead late in the game. Seniors Brady Lemen and Joel Braswell spearheaded the Bobcats’ attack with three kills each. While Northeastern was seemingly in control, North Allegheny rallied to win nine of the last 11 points to come away with a 25-22 victory in set two. Senior David Sanfillipo keyed the comeback effort with four kills, finishing with a team-high 13 kills and six blocks on the afternoon.

Set three played out in similar fashion to set two, with Northeastern leading most of the way before North Allegheny embarked on a late charge. Trailing 20-19, North Allegheny won six of the final seven points to prevail in set three, 25-21. A block assist by Sanfillipo and junior Cole Dorn capped off the 3-0 sweep of Northeastern. Dorn provided a spirited effort off the bench in the third set with three kills and four blocks.

North Allegheny improves to 17-0 overall and advances to the PIAA Class AAA semifinals on Tuesday night. Northeastern’s season comes to a close with a 27-4 record. As always, the North Allegheny Sports Network will have coverage of Tuesday’s PIAA semifinal at a site and time to be determined.