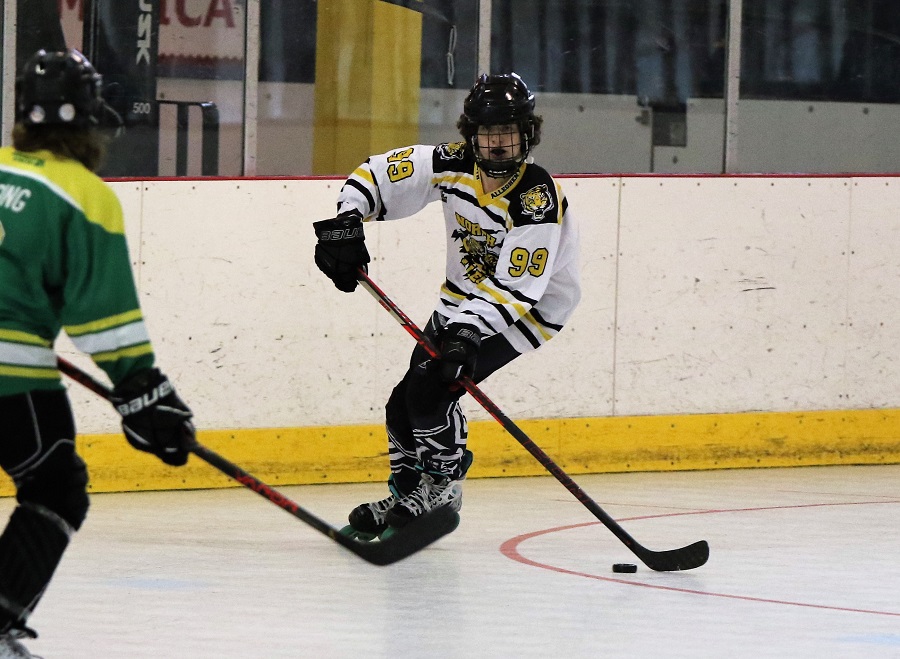 The North Allegheny Tigers kept their winning streak alive with a 4-2 win over the Penn Trafford Warriors.

A powerplay goal from senior Robby Kushon with an assist from junior Brett Baker started the scoring in the first period for a 1-0 lead. The Tigers kept the pressure on with a goal by sophomore Aiden Noffsinger, assisted by senior Isaac Dan.  With under two minutes to play in the first, the Tigers added a third goal from sophomore Declan Dadey, assisted by junior Evan Mark, ending the period with a score of 3-0.

Heading into the third period, the Tigers got a much-needed insurance goal by Dan. The Warriors finally found the back of the net with a goal of their own midway through the period.  With continued pressure by both teams, the Warriors scored one final goal late in the third, giving the Tigers the 4-2 victory.  Sophomore goalie Mitchell Ludwick gets the win by stopping 38 of 40 shots on goal.

The Tigers move to 8-0 on the season and will take on the Hempfield Spartans next Sunday, 3:00 at the Hot Shots Arena.