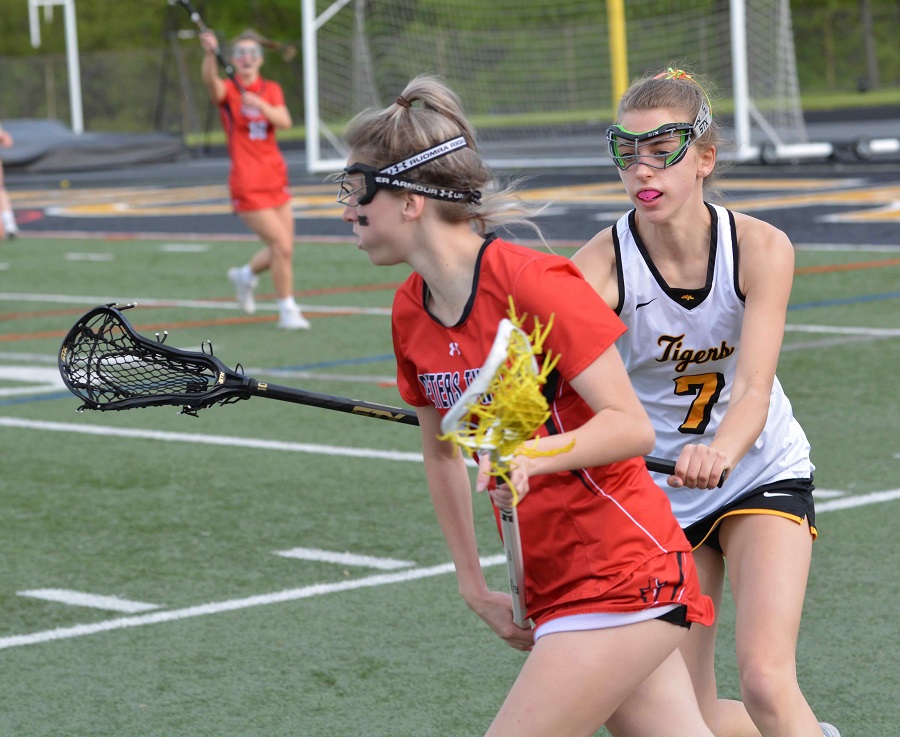 The Indians took the upper hand early, as senior captain Cassidy King netted the first of two with 23:43 left in the first half.  The Tigers ripped five straight markers to take a big advantage late in the first half. NA had scores from  Lola Wilhite, Alyssa Redshaw, Bella Falo back-to-back, and Skye DePrado on the free position to take the 5-1 lead. Peters senior Sarah Rubican scored with six second left in the half to make the score 6-2 after one frame.

North Allegheny opened the second half scoring with back to back goals from Falo and Kate Oates. King added her second of the game to make the score 7-3 with 18 minutes to play. DePrado added a second tally with 16:25 left to extend the NA lead. Junior Karson Martin cut the lead in half and started a scoring spree by the Indians. Rubican, Martin and Elena Traficante brought the score within one. Oates scored late to extend the lead to 9-7. Martin scored a hat trick for Peters with a minute left, but it was too late for a PT comeback.

The Tigers enter the postseason as a No. 6 seed and will take on Latrobe Monday night at 7:45 from Newman Stadium. You can hear that game on the NA Sports Network.