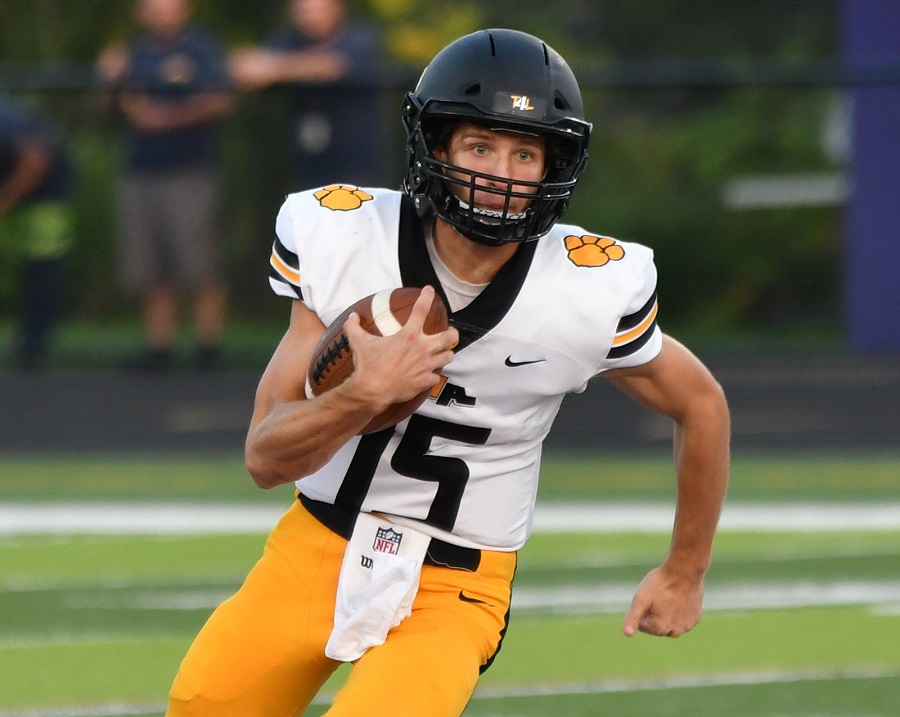 The Tigers look to bounce back from a 24-7 loss to top-ranked Central Catholic last week. NA hung tough with the two-time reigning champs for much of the contest before the Vikings’ running game put things out of reach in the fourth quarter. Senior Kolin Dinkins was a bright spot with a 62-yard touchdown run in the second quarter to pull NA to within a score of the Vikings and added eight tackles on defense. Sophomore linebacker Tyree Alualu notched eight tackles as well and rushed for 29 yards on a fake punt in the second half.

Mt. Lebanon, meanwhile, has rolled to five straight wins and is coming off a 48-14 win over Hempfield last week. Senior quarterback Joey Daniels passed for three touchdowns in the win over the Spartans, including a 72-yard scoring strike to senior wideout Eli Heidenreich that opened the scoring in the first quarter.

On the season, Daniels has passed for 750 yards, 11 touchdowns and just two interceptions. A three-year starter at quarterback, Daniels led Class 6A in passing touchdowns last season with 14 in seven games.

The “big three” on offense for Mt. Lebanon is Daniels, Heidenreich and running back Alex Tecza. Heidenriech is a Navy commit and a big-play threat with 13 receptions for 468 yards and seven touchdowns. Tecza, who has offers from Ivy League and Patriot League schools, has rushed for 540 yards and six touchdowns. He was the leading rusher for the Blue Devils a season ago. Heidenreich and Tecza are both all-conference returnees in the secondary on defense as well.

Mt. Lebanon is led by head coach Bob Palko, who is in his third year as head man with the Blue Devils after 24 highly successful seasons at West Allegheny. Palko led the Indians to eight WPIAL titles and one PIAA crown. Under Palko’s tutelage, Mt. Lebanon reached the WPIAL Class 6A semifinals the last two seasons having been ousted by Central Catholic on both occasions.

Kickoff for tonight’s game between North Allegheny and Mt. Lebanon is slate for 7:00 p.m. The game will be broadcast live by the North Allegheny Sports Network with the pregame show getting underway at 6:40 p.m., including a pregame interview with Tigers head coach Art Walker. To listen to tonight’s game, click here.