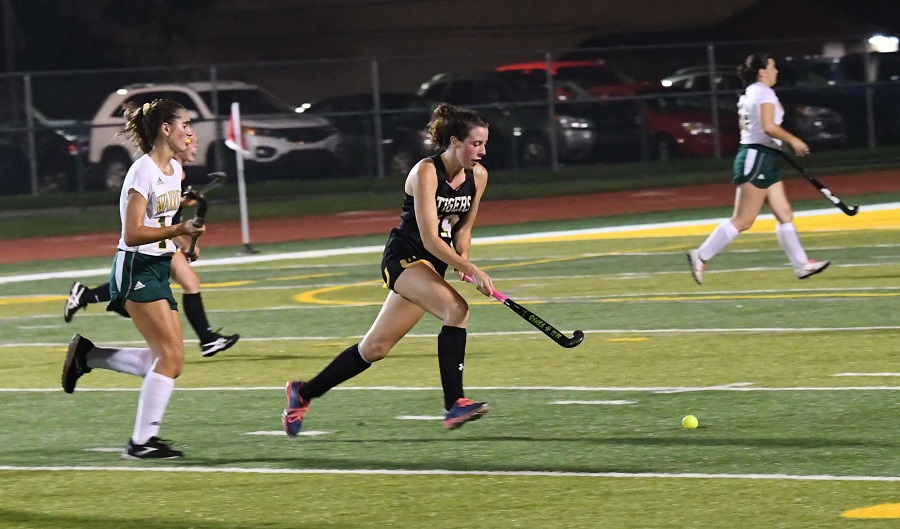 The contest was played evenly on the stat sheet with the two teams tied 10-10 in shots on goal and 7-7 in penalty corners. However, the Warriors led in the category that mattered most and were paced by sophomore Ava Hershberger, who scored all four goals. Hershberger, a first-team All-WPIAL selection as a freshman last season, netted two goals in the first half and two goals in the fourth quarter to pace the Penn-Trafford attack. Three of her four goals came on penalty corners.

North Allegheny slips to 1-3 overall following the non-section loss. The Tigers host the Hempfield Spartans on Thursday night at 7:00 p.m. The game will be broadcast live on the North Allegheny Sports Network.