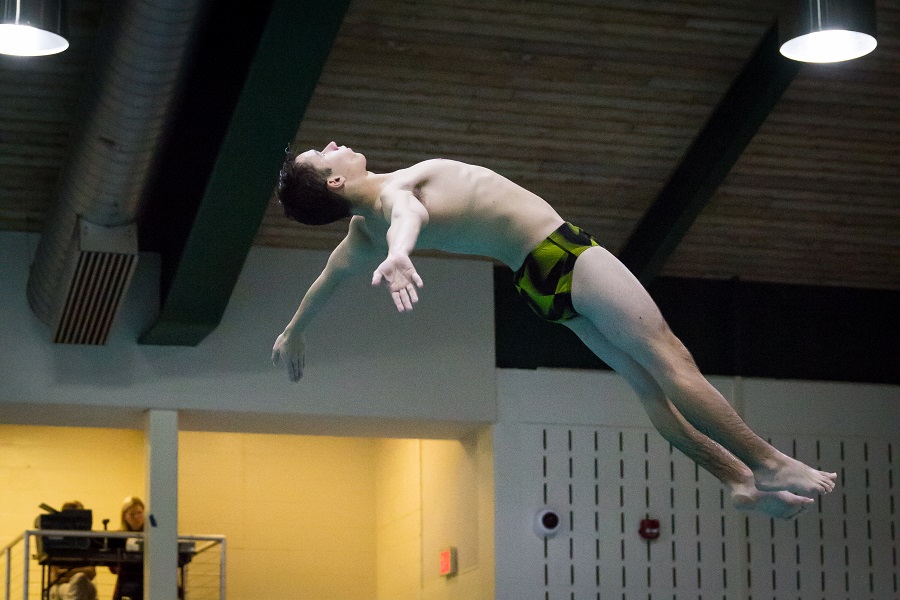 The North Allegheny swimmers and divers continued their winning ways at the expense of the Pine Richland Rams.  The girls team swam to a hard fought 95 – 89 victory while the boys team glided to a 102 – 71 victory.

The girls 200 Medley Relay team of Ann Juneau, Serena Yan, Mary Flavin and Haley Miller got the team off to a fast start.  Ann Juneau then followed up with a victory in the 200 Free.  Fellow freshmen Lilly Courville and Haley Miller finished 2nd and 3rd in the 200 IM.  Lila McGrath then glided to a victory in the 50 Free.  Marlyn Root came in a close second in the 500 Free.  The 200 Free Relay turned out to be one of the more exciting races of the evening.  Lila McGrath, Nicole Marnell, Marlyn Root and Olivia Krause were out touched at the wall by .02 seconds.  Lila McGrath, Haley Miller and Sydney Monteparte helped seal the victory for the girls team with a 1, 2, 3 finish in the 100 Breast.  To finalize the victory the 400 Free Relay team of Nicole Marnell, Olivia Laun, Kate Dunaway and Serena Yan easily outdistanced the remaining teams.

The team travels to Wilkes Barre on January 12 – 13 for the All American Invitational.