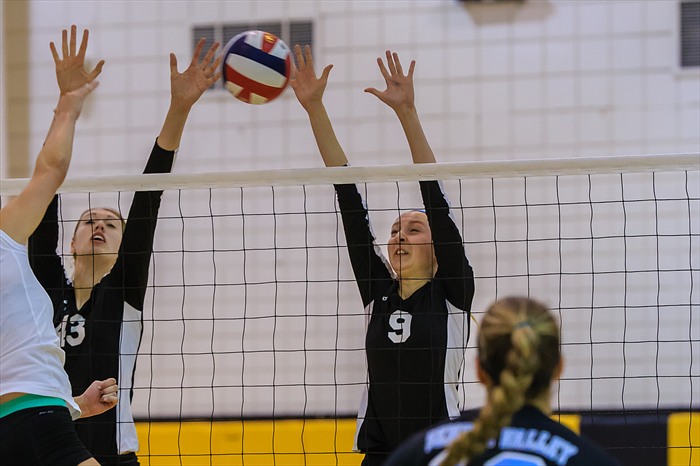 The North Allegheny Tigers continued their strong play on Tuesday night by soundly defeating Butler, 3-0. The Lady Tigers were in complete control in all three games winning 25-8, 25-13, and 25-10.

In the first set, Lauren Swartz started off hot, along with Maria Mosbacher, who each contributed four kills.  In the second game, Lexi Kotrick stole the show by dominating the Tornado with five kills and a block, while Taylor Ricketts added a couple of kills.  The third game was a mixture of the whole Tiger roster playing well for coach Heidi Miller.  The Wright Automotive Player of the game was Lexi Kotrick.

The Tigers remain undefeated overall at 14-0 with a 10-0 section record.  The Tigers will be in action Thursday on the road against Hampton.