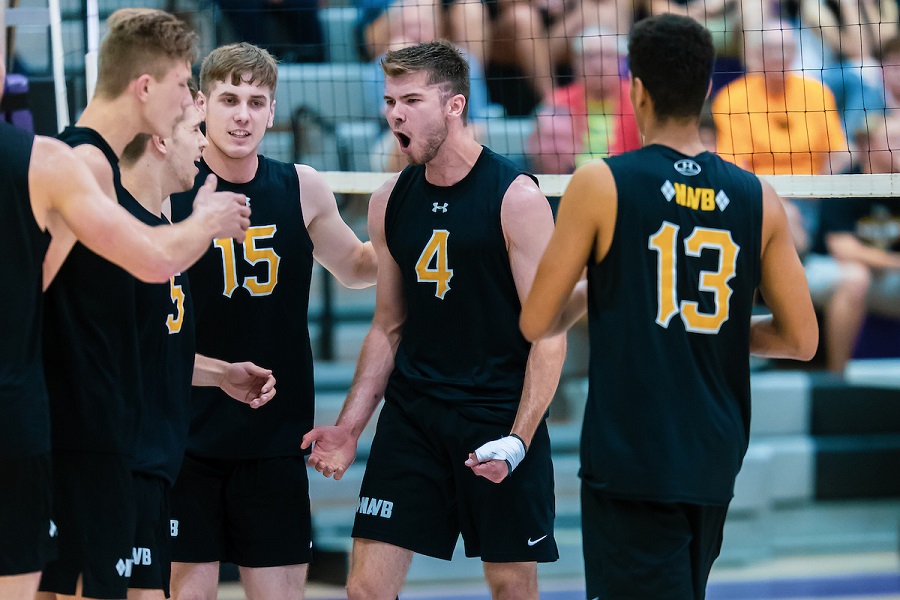 The North Allegheny boys’ volleyball team faced off with section rival Butler for the fourth time this season on Saturday afternoon in the quarterfinal round of the PIAA tournament at Cardinal Wuerl North Catholic High School. Like the previous three meetings, North Allegheny swept the Golden Tornado for a 3-0 victory. The Tigers won by set scores of 25-18, 25-10 and 25-17.

Coming off their first ever state playoff win on Tuesday against Altoona, the Golden Tornado were hoping to build off that victory against the WPIAL champion Tigers. Senior Nash Bryan helped Butler stay within a point of the Tigers at 15-14 before NA took command of the opening set. Senior Jason Stiefvater posted five kills and senior Jake Barber added three kills to help North Allegheny pull away for a 25-18 win. Barber totaled six kills and five blocks.

Senior Canyon Tuman helped blister Butler in the second set with three kills, two aces and a block for a 25-10 victory. Tuman finished with six kills and six digs.

The Tigers capped off the sweep with a 25-17 win in the third set, spearheaded by Stiefvater who notched nine kills. For the night, Stiefvater totaled 14 kills, four digs and three blocks on his way to Wright Automotive Player of the Game honors.

North Allegheny vaults to 21-0 overall on the season and advances to the PIAA semifinals for a showdown with the reigning state champions, Central York, on Tuesday night. The match will be broadcast live via the internet on the North Allegheny Sports Network. Butler concludes its season with a record of 18-5.