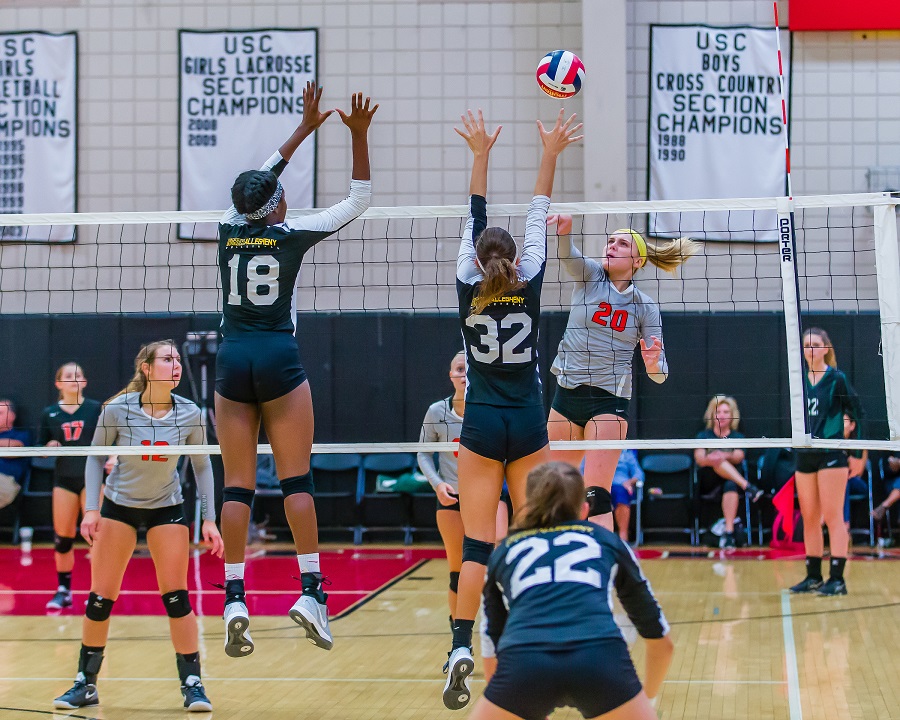 The North Allegheny girls’ volleyball team picked up its fourth straight win with a 3-0 sweep of the Shaler Titans on Tuesday night. The Lady Tigers defeated the Titans by set scores of 25-17, 25-22 and 25-20.

In the opening set, Shaler hung tough with North Allegheny and kept the game deadlocked at 9-9 thanks to play of senior Sydney Schmitt who picked up three kills. The Tigers began to pull away behind the efforts of senior Ava Mosbacher who used her rocket swing to garner four kills and lift NA to a 25-17 win.

The second set saw the Tigers build a 6-1 lead in the early stages, but Shaler rallied to take an 18-15 advantage. Sophomore Oyinda Agbale delivered several kills to help the Titans’ cause. However, North Allegheny regained control of the set courtesy of a kill by Mosbacher and three consecutive kills from sophomore Anna Sprys to take a 19-18 lead. The Tigers used that momentum to grab a 25-22 victory in set two.

North Allegheny came out on fire in the third set behind the play of junior Kayla Dinkins who blistered Shaler with two kills and two blocks en route to a 5-0 advantage. Unofficially, Dinkins totaled nine kills and four blocks on the night and was named the Wright Automotive Player of the Match. On strength of Dinkins’ play, the Tigers closed out a 25-20 win and a 3-0 sweep of the Shaler Titans.

North Allegheny improves to 9-1 overall and 5-1 in Section 1-AAAA. Shaler falls to 6-4 overall and 2-4 in section play. The Lady Tigers visit Pine-Richland on Thursday night.