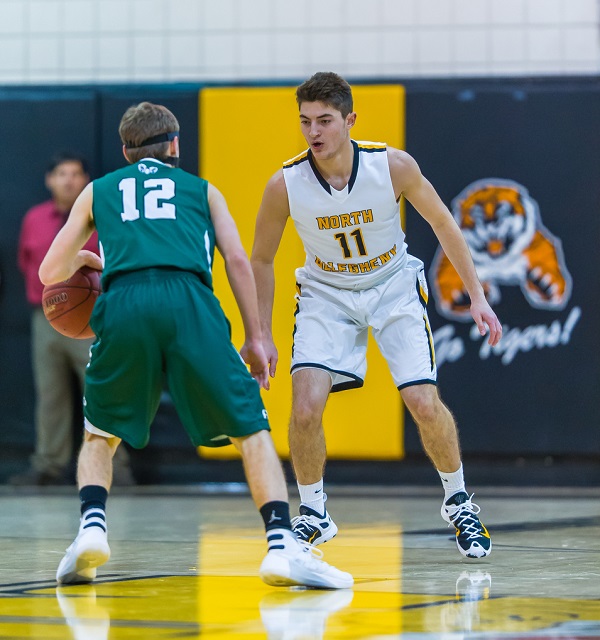 The early bird gets the worm, and the North Allegheny boys’ basketball team proved to be successful early risers with an 84-67 triumph over Wheeling Central Catholic on Saturday morning at the Cancer Research Classic at Wheeling Jesuit University. The Tigers won the battle of the boards and outrebounded their foe, 37-19, led by Isaac Barnes’ 12 rebounds. Barnes added a game-high 25 points for a double-double.

Barnes was one of four players in double figures for the Tigers. Curtis Aiken netted 21 points, Luke Carter chipped in with 12 points and Griffin Sestili tallied 10 points. Aiken poured in 3 of 5 shots from beyond the arc and Carter connected on 4 of 7 shots from the outside. In all, the Tigers buried 8 of 16 shots from 3-point land.

Wheeling Central was paced by Owen Gainer’s 19 points who converted on 5 of 12 shots from beyond the arc. Brent Price checked in with 18 points and John Burkhalter posted 16 points in a losing effort.

Following the win, North Allegheny improves to 5-4 overall. The Tigers return to section play on Tuesday night with a game against Pittsburgh Central Catholic. The contest will be broadcast live via the internet on the North Allegheny Sports Network.