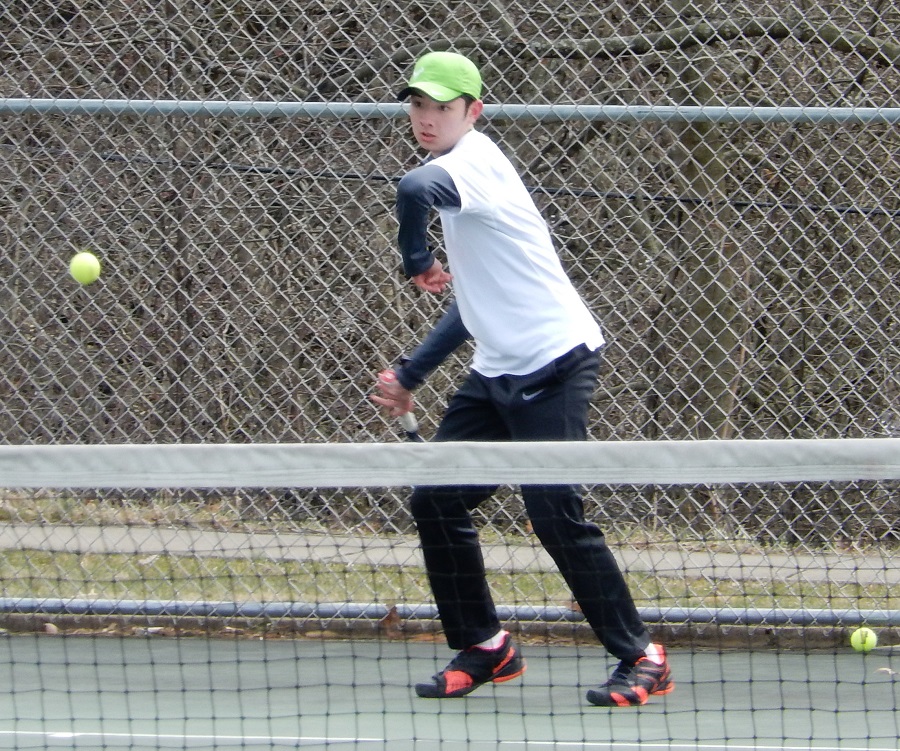 After years of dominating AA tennis in the WPIAL and PIAA, the Sewickley Academy Panthers moved up to AAA this season and joined the Tigers in Section 2.  Their first meeting as section mates was a memorable one, as the Tigers traveled to Sewickley Wednesday afternoon and took a very hard fought 4-1 win in a critical match for both squads.  Coach Snyder’s Panthers, prepared as always, pushed hard but saw the Tigers push back even more.

Opening the scoring, seniors Mark Chuirazzi and Jerry Huang defeated Cole Rychel and Will Stevenson at first doubles in straight sets.  Following the first point, a rematch from Monday’s section singles contest took place where senior Soureesh Moturi outlasted Saarang Mulukutla at number two singles.  Moturi’s persistent ground strokes were the difference again.  The most intense match of the day took place at number three singles, as junior Ethan Vodovotz traded body blows with Alex Billian in a drawn out contest.  Both athletes played a traditional “three” match where all shots were kept in play and each player patiently waited for unforced errors and pounced on the occasional miscue.  When the duo settled the score, Vodovotz’s tenacity earned him a straight set victory and the match clincher for the Tigers   Shortly after, freshman Atharva Sumant and senior Rohan Cowlagi fashioned an exciting comeback at number two doubles.  After leading the first set 4-0, they fell 6-4 in that frame.  Undaunted, the duo took the second set at 1 and the deciding third set at 0.   Junior Ven Naik matched up with Arjan Bedi in a rematch of the Section 2 semi-finals from Tuesday.  Naik flashed his exceptional shot making skills and played his best match of the season out of the one singles slot to round out play for the day.  The win improves the Tigers’ record to 10-0 overall, including a 6-0 mark in Section 2 play.