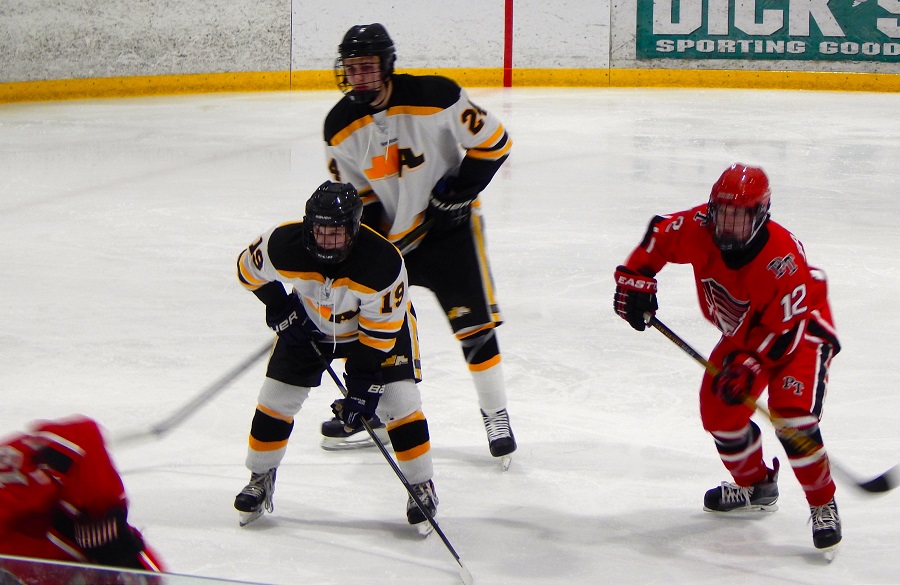 In a battle of undefeated teams, the Peters Township Indians staved off a North Allegheny third-period rally for a 3-2 victory on Monday night from the Baierl Ice Complex in Warrendale.

After a scoreless first period, Peters Township took a 3-0 lead thanks to a second period goal by Will Barnes and third period goals by Jake Shopes and Josh Hilzendeger. Trailing by three with 11:16 remaining, the Tigers began to mount their comeback and cut the score to 3-1 with 7:59 to play on an unassisted goal by Nathan Taylor. North Allegheny made things even more interesting when Taylor and Joseph Zappia assisted on an Erik Chidester goal just 26 seconds later to cut the Peters Township lead just one goal.

Despite the late push, the Tigers were unable to find the equalizer and dropped their first game of the season, 3-2. Peters Township goalie Caden Shell earned the victory with 17 saves. North Allegheny’s Joseph Hubert had a busy night, stopping 30 of 33 shots on net.

North Allegheny slips to 3-1-1 with the loss. Peters Township sits atop the Class AAA standings with a 4-0-4 record. The Tigers look to rebound in their next contest on Thursday, November 19 against Seneca Valley. Faceoff is set for 8:00 pm.