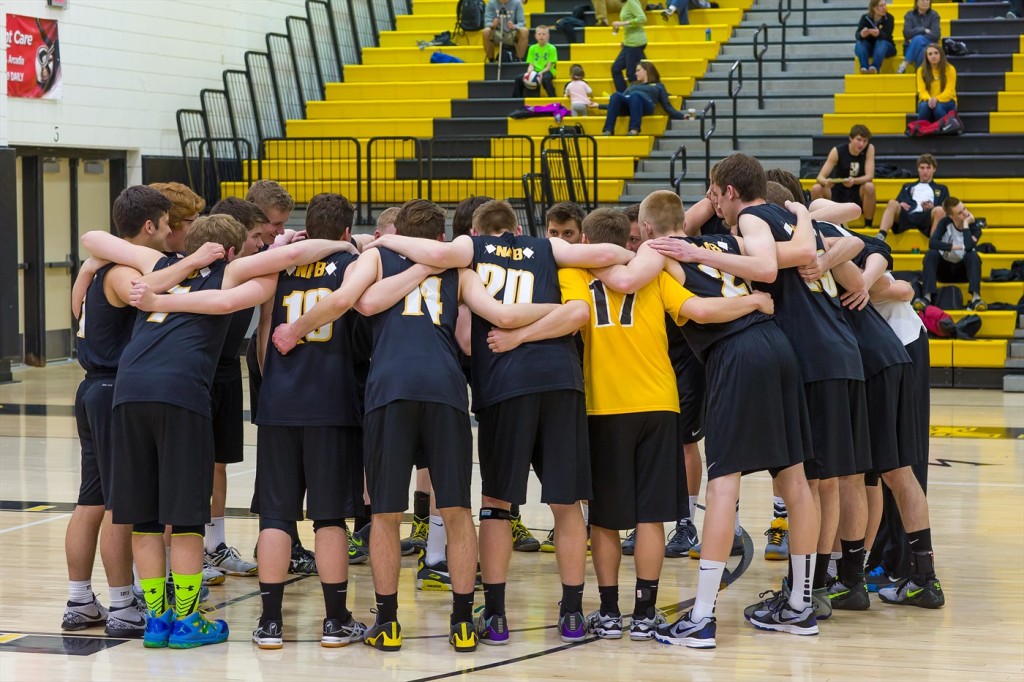 The Tigers lengthy reign as WPIAL volleyball champions came to an end on Thursday night with a 3-1 defeat to the Plum Mustangs.  North Allegheny’s loss to Plum in the quarterfinals snaps an astonishing streak of eight consecutive seasons as kings of the WPIAL.

The Tigers looked as if they might be advance in the playoffs with an opening set victory over Plum, 25-17, to start the night.  However, the Mustangs galloped to victory by taking the next three sets by scores of 25-22, 25-22 and 29-27.

North Allegheny fought hard in the match and received a big hitting night from senior Nikola Topich who tallied a team-high 16 kills.  Fellow senior Robert Stiefvater followed up an impressive showing on Tuesday night against Latrobe with 11 kills and 10 block assists. Jeremy Best tallied 44 assists, 14 digs and 10 block assists in a typical strong night for the NA setter. Libero Ethan DeRubbo racked up 25 digs to lead the defensive effort. Freshman Canyon Tuman chipped in with a team-high 12 block assists and added nine kills.

North Allegheny’s season ends with a record of 12-6 overall.  Congratulations to the Tigers and the coaching staff for another great season of volleyball and a remarkable run as WPIAL Champions.