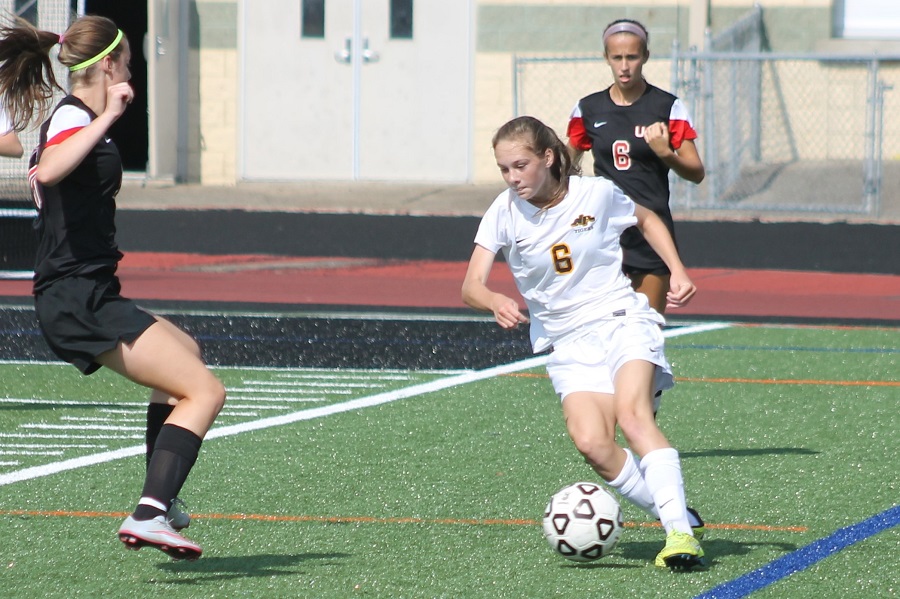 In a battle for the fourth and final playoff spot in Section 1-AAAA, the North Hills Indians blanked the North Allegheny girls’ soccer team with a 4-0 victory on Wednesday night at Newman Stadium. It was a landmark win for North Hills as the Indians captured their first playoff berth in program history. The North Hills girls’ soccer program began in 1981. For North Allegheny, the loss means it’s the first time in 13 years the Lady Tigers have missed the playoffs

North Hills scored the first goal of the night on a penalty kick by Elaina Longjohn to give the Indians a 1-0 lead. The Tigers mustered only six shots all night and had few quality chances to get back in the game. With North Allegheny’s offense held at bay, North Hills expanded the lead and put the game out of reach thanks to a hat trick by Longjohn. Also getting into the scoring mix for the Indians was senior Marisa Zupan with a second-half goal.

North Allegheny wraps up the section schedule with a record of 3-6-1 and sits at 6-8-1 overall. North Hills is 7-5-3 overall and finishes 5-5 in section play, good for fourth place. The Lady Tigers will continue with three more non-section games to conclude the regular season, beginning with Penn-Trafford on Saturday at 6:30 p.m. at Newman Stadium.