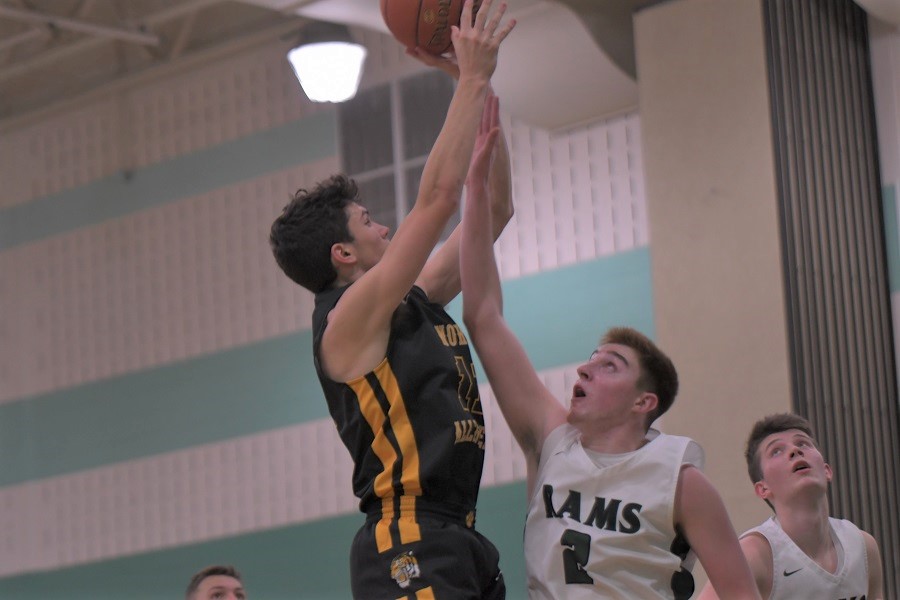 The North Allegheny boys’ basketball team gave second-ranked Pine-Richland a scare on Friday night and held a 34-33 lead at the half, but the host Rams managed to fend off the Tigers for a 72-59 section victory.

North Allegheny stormed out of the gates in the first quarter and stunned Pine-Richland for a 25-15 lead. The Tigers shot 57-percent from the field in the first half.

The Rams regrouped in the second quarter and cut the Tigers lead to one by intermission. In the second half, Pine-Richland pulled ahead for good thanks to a 26-point performance from Daniel Petcash and 19-point outing from Kyle Polce. The Rams shot 59-percent in the second half and held the Tigers to 37-percent shooting over the final 16 minutes.

With the loss, North Allegheny falls to 9-6 overall and 3-4 in Section 1-6A. Pine-Richland remains in the first place in the section with a perfect 7-0 mark and 14-2 record overall. The Tigers will visit Montour on Saturday night for the Western PA Hall of Fame Classic.