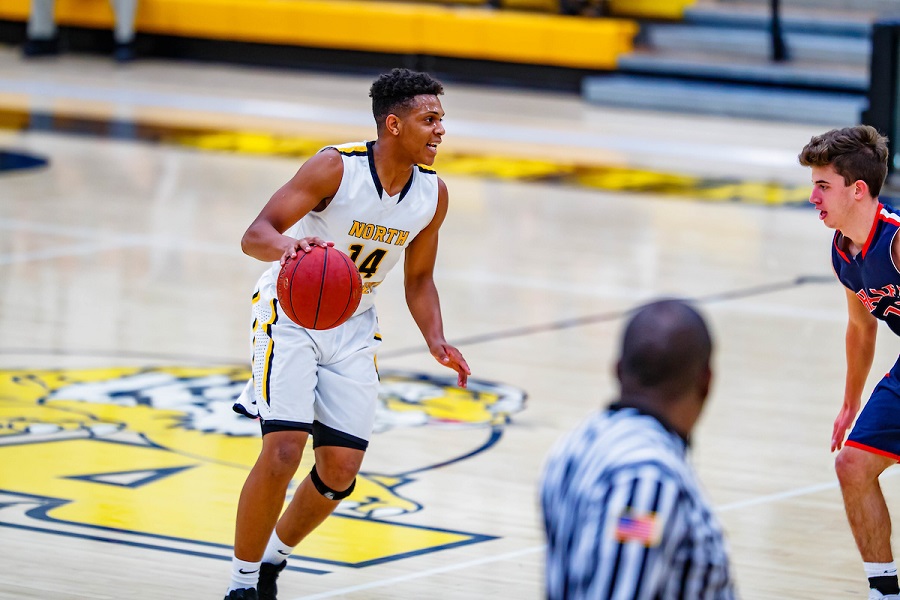 Despite a spirited road performance by North Allegheny, the two-time reigning WPIAL champion Pine-Richland Rams fended off the Tigers, 62-54, in a Section 1-6A contest on Tuesday night. Senior guard Curtis Aiken scored a team-high 18 points for the Tigers with five rebounds, three steals and three assists. For his all-around performance, Aiken was selected as the Wright Automotive Player of the Game.

Tuesday’s contest saw the return of several key players to the Pine-Richland line-up, including point guard Gregory Shulkosky who missed time last week because of the flu. Shulkosky scored a team-high 18 points and poured in 15 points in the first half to help jumpstart the Rams offense. Pine-Richland leaped to a quick 9-1 lead and held a 24-13 advantage early in the second quarter.

North Allegheny answered with an 11-0 run and tied the game at 24-24 on a layup by Aiken late in the period. Pine-Richland ended the half on a 6-2 spurt, including a 3-pointer by senior Ray Falcone, for a 30-26 lead.

The NA defense set the tone in the second half and forced numerous Pine-Richland turnovers to sway the momentum. The Tigers took their first lead of the game at 33-32 on a 3-pointer by Anthony Hattrup. Hattrup had a strong second half and ended the night with 13 points on 5 of 8 shooting.

Along with the return of Shulkosky, No. 4 Pine-Richland brought back several players to the lineup who missed action because of a lengthy football season. Among them was senior Phil Jurkovec who helped spark a 16-3 run to end the third quarter and gave the Rams their largest lead of the night, 50-38.

Jurkovec tallied a double-double with 13 points and 17 rebounds. Junior guard Daniel Petcash added 12 points with most of his damage coming during the quarter-ending run. Jurkovec and Petcash combined for 19 second-half points.

Undaunted, North Allegheny refused to go away quietly and twice cut the deficit to six points in the fourth quarter. However, the Tigers could come no closer as the Rams held on for a 62-54 win. Senior center Zach Johnson touched double figures for the Tigers with 10 points, adding eight rebounds, three blocks and two steals.

With the loss, North Allegheny falls to 0-4 on the season and 0-2 in Section 1-6A. Pine-Richland improves to 4-1 overall and 1-0 in section play. The Tigers will visit Peters Township on Saturday at 3:30 p.m. in a non-section contest.