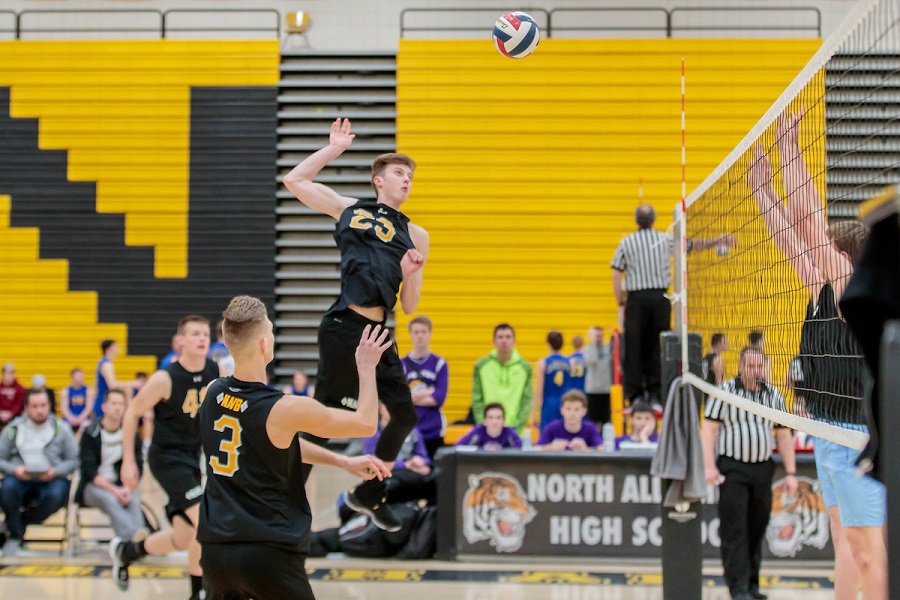 It was another strong all-around performance for the Tigers with senior Jason Stiefvater pacing the offense with seven kills. Canyon Tuman and Drew Hunker followed with five and four kills, respectively. Senior A.J. Schmidt dished out 17 assists to set up the NA attack.

With the win, North Allegheny improves to 7-0 overall. The Tigers will visit Shaler on Thursday night at 7:00 p.m. The match will be broadcast live via the internet on the North Allegheny Sports Network.