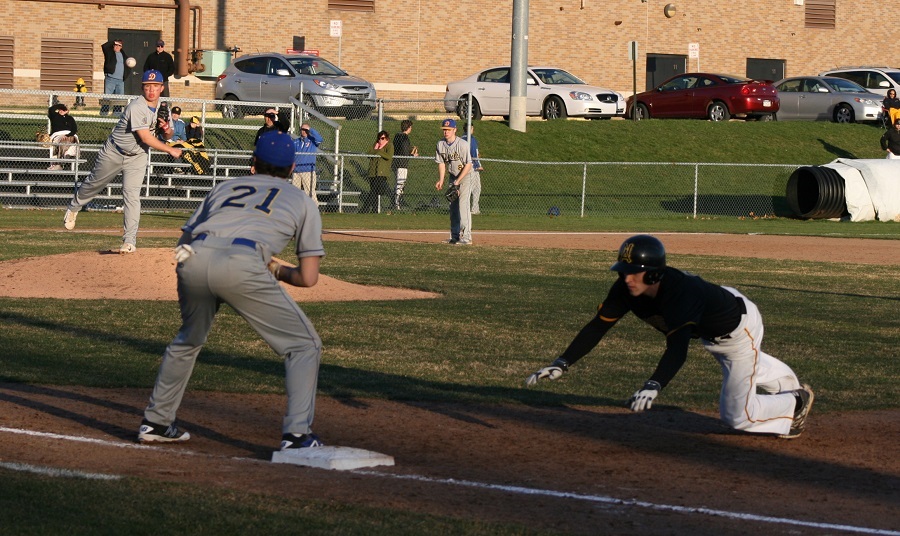 North Allegheny delivered the opening jab in this battle of Section 1-AAAA heavyweights. Senior Keegan Phillips was hit by a pitch with one out in the first inning and scored on a Ben Marsico double to deep left centerfield to give NA a 1-0 lead. It appeared the Tigers might add on when Blake Young dumped a single to left but Marsico was thrown out at the plate to keep the score 1-0, North Allegheny. Marsico, who finished with a 2 for 3 night at the plate, was named the Wright Automotive Player of the Game.

In the bottom of the first, Damian Yenzi led off with a single and Anthony Ruggieri followed with a single. Yenzi and Ruggieri advanced to second and third on a wild pitch and both trotted home moments later on a two-run double by Brendan Burke for a 2-1 Indians lead. The score remained 2-1 until the bottom of the fifth when North Hills capitalized for three runs on two NA errors for a 5-1 advantage. Serpa’s pitching made the lead stand to keep the Indians perfect in section play.

North Allegheny slips to 7-3 overall and 3-2 in Section 1-AAAA. North Hills improves to 9-1 overall and 5-0 in the section. The Tigers hosts Fox Chapel tonight at 7:00 in a non-section meeting.