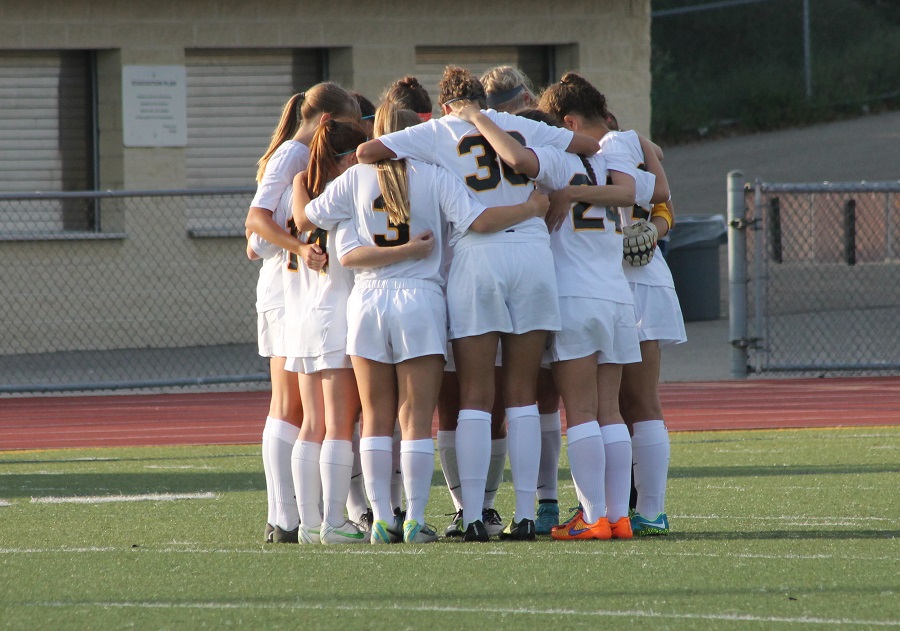 Sophomore Morgan Anderson netted the game winning goal in 6th minute of double overtime to propel the North Allegheny girls’ soccer team to a dramatic 1-0 win over the Pine-Richland Rams on Wednesday night. The win vaults the Lady Tigers into a three-way tie for first place in the Section 2-AAA standings.

Entering last night’s game at Newman Stadium, the playoff picture was a three-horse race in Section 2 with Pine-Richland the pace setter and Seneca Valley and North Allegheny following closely behind. The Rams had a chance to gain a strangle hold on a section crown, but the Lady Tigers had other thoughts in mind on this night.

While the teams played to a scoreless tie through regulation, each side had its share of chances to garner the game’s first goal. In the first half, Pine-Richland was held without a shot for the first 15 minutes but the Rams had a direct kick from 30 yards out that was denied on a great save by NA goalie Cara Schwartz. North Allegheny’s Amanda Miller had several good scoring chances near the end of the half but it stayed 0-0 at intermission.

The Tigers continued to pressure the Rams intensely and benefitted with several good scoring opportunities but were unable to place a shot in the back of the Pine-Richland net. Despite the scoreless tie through regulation, North Allegheny dominated the second half and limited Pine-Richland to just two shots on goal.

The first overtime was played rather conservatively by both sides and played mostly between the 30’s. In the second extra session, the Tigers were finally able to seize the breakthrough goal in the 6th minute. Senior Gabby Smychynsky played a ball forward to Miller who sent a square ball to Morgan Anderson who calmly placed it past the Pine-Richland keeper for the game winning goal and a 1-0 North Allegheny victory.