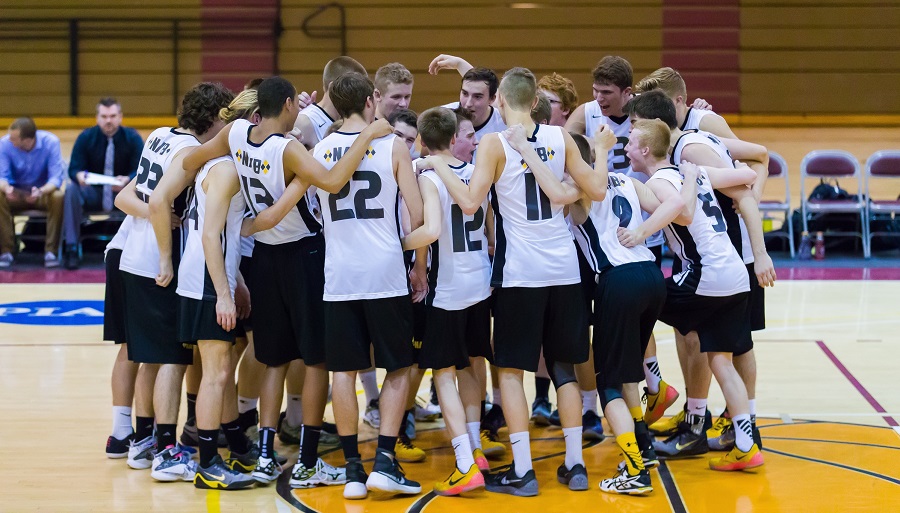 The WPIAL champion Penn-Trafford Warriors earned a hard-fought 3-1 win over North Allegheny on Saturday in the quarterfinal round of the PIAA playoffs. The Tigers and Warriors battled nip and tuck in every set, but PT managed to outlast NA by set scores of 25-23, 23-25, 25-22 and 25-22. Penn-Trafford advances to the PIAA semifinals to face Penn Manor who defeated Bethel Park last night, 3-1.

In set one, North Allegheny opened with a quick 4-1 lead thanks in part to a kill and block by Jason Stiefvater. Penn-Trafford regained its footing and took a three-point lead of its own at 14-11 courtesy of senior Brendan O’Toole who notched three kills and a block. With additional contributions from junior Brandon McGowen, Penn-Trafford held off NA for 25-23 win. O’Toole had the finisher with a set-ending tip.

Similar to set one, the second set was another tightly contested affair. The Tigers trailed 22-21 before Eric Visgitis came through with a clutch kill to tie the score at 22-22. Junior Seth Russell followed with a kill to give NA a lead it would never relinquish for a 25-23 win.

Eric and Luke Visgitis continued its bombardment of the Warriors in the third set as NA built an 8-1 lead. Eric Visgitis totaled a team-high 16 kills and was named the Wright Automotive Player of the Match by the North Allegheny Sports Network. Luke Visgitis notched 14 kills and a team-best six blocks.  Despite the big lead to open the set, Penn-Trafford battled back and claimed set three by a 25-22 margin. McGowen posted four kills in the set for the Warriors.

It was more of the same in the fourth set as both teams traded barbs and were deadlocked 22-22 in the later stages of the set. McGowen delivered a kill, his fifth of the set, to give Penn-Trafford a 23-22 advantage. Two NA errors finished the set and Penn-Trafford held on for a 25-22 set win for a 3-1 triumph.

Despite the loss, there were several terrific performances by the Tigers. Libero Danny Lebovitz notched a team-high 17 digs, followed by Russell and M.J. Barton who posted 11 and 10 digs, respectively. Barton, the NA setter, dished out 46 assists.

North Allegheny’s season ends with a 17-4 overall record. Penn-Trafford improves to 21-2 and will take on Penn Manor in the PIAA semifinals on Tuesday at a site and time to be determined. Congratulations to the North Allegheny boys’ volleyball team and coaching staff for another trip to the PIAA playoffs and an outstanding 2016 season.