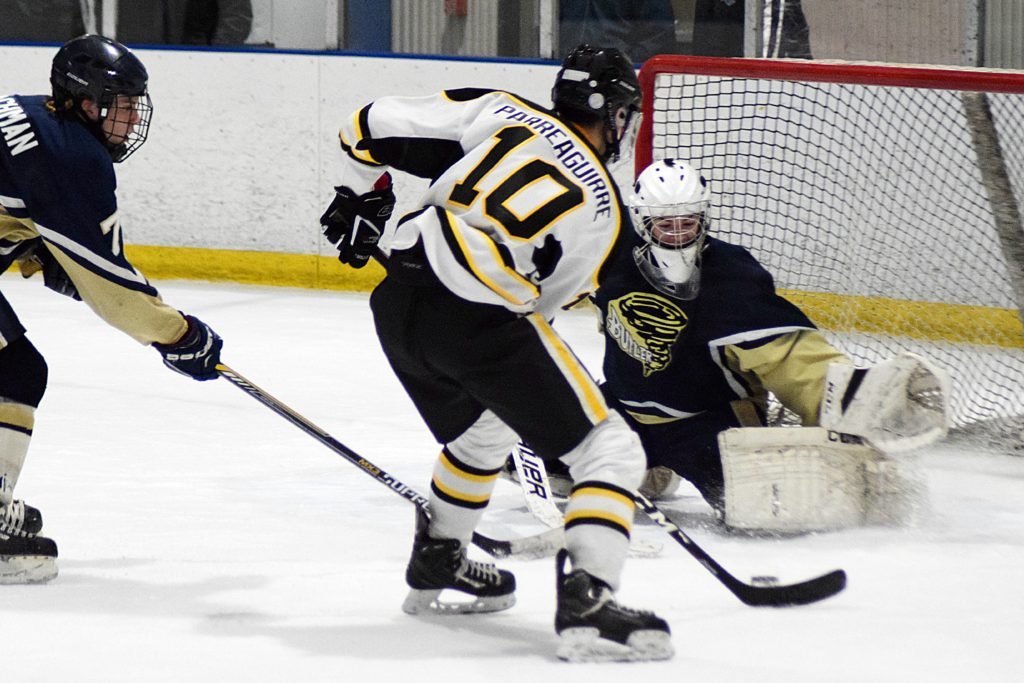 For the third straight season the North Allegheny Tigers and Peters Township Indians will meet in the semifinals of the PIHL Class AAA Penguins Cup playoffs.

Tonight will be the rubber match with the teams splitting their two previous playoff contests. The Tigers earned an exciting 4-3 overtime win in 2016 thanks to a game-winning goal by Cameron Zahn to send NA to the PIHL title game. (Click here to relive Zahn’s game-winning goal in overtime from 2016).

Last season, it was Peters Township who claimed a dominating 7-0 triumph over NA in the semifinals en route to its sixth Penguins Cup and fifth Pennsylvania Cup championship. The Indians put together an improbable run to claim the state crown as the No. 6 seed in the PIHL playoffs and rode the hot play of then-freshman goalie Alex Wilbert to the title. 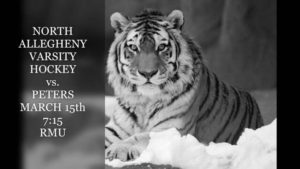 Tonight will also be the rubber match of the 2017-2018 season series with both teams splitting their regular season meetings. On Nov. 7, Peters Township blanked NA 3-0 as Wilbert posted the shutout. The Tigers got even on Jan. 11 with a 5-1 home victory at the Baierl Ice Complex. In that contest, Aaron Miller and Will Parreaguirre scored two goals each and goalie Richard Karapandi made 33 saves for the win.

North Allegheny, the fourth seed in Class AAA, is coming off a convincing 8-3 win against Butler in the quarterfinal round last week, receiving a hat trick from Miller to spark the effort. Miller was the Tigers top goal scorer in the regular season as well with a team-best 17 goals.

The top-seeded Indians had a much tougher time in the quarterfinals with No. 8 Plum in a narrow 2-1 victory. Torrey Schwartz and Connor Gielarowski tallied PT’s two goals to wrangle the Mustangs. Both all-stars, Schwartz and Gielarwoski are the Indians top two point getters with 24 points each in the regular season.

This evening’s PIHL Class AAA semifinal contest between North Allegheny and Peters Township is slated for 7:15 p.m. at the RMU Island Sports Center. The game will be video streamed live by the North Allegheny Sports Network and Trib Live High School Sports network and can be viewed by clicking here.