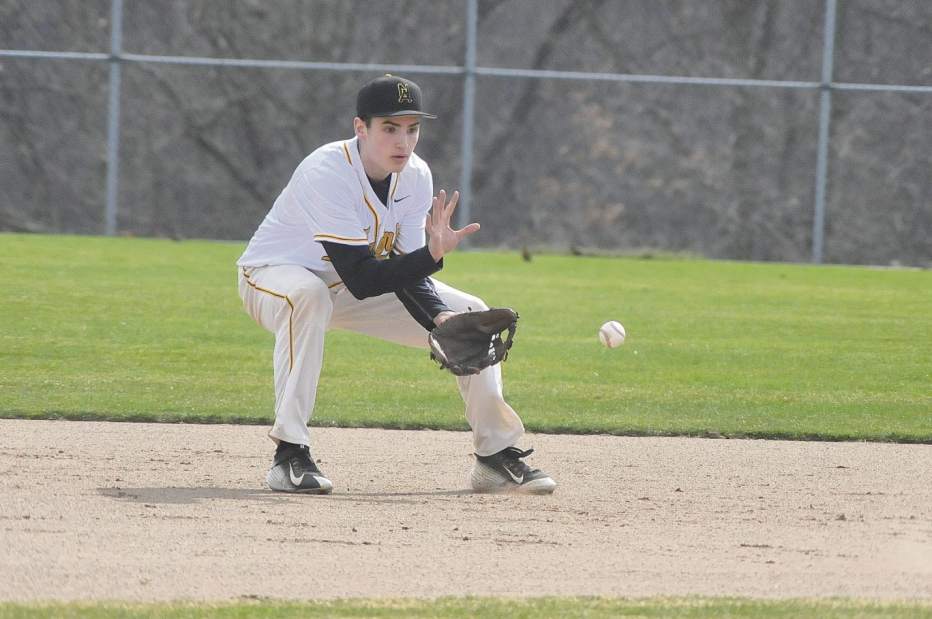 North Allegheny pitching limited Pine-Richland to just four hits on Wednesday afternoon but the Rams managed to slip by the Tigers for a 3-1 section win. Pine-Richland starter Thomas Zybzinksi scattered six hits in 5.1 innings and struck out seven batters to earn the win. Rams reliever Hunter Treece worked the final 1.2 innings scoreless to pick up the save.

It looked as if it might be a big day for the NA lineup in the early going as the Tigers struck quickly in the top of the first inning. Alex Mesaros led off the ballgame with a double and was sacrificed to third by Keegan Phillips. Ben Marsico followed with an RBI single to score Mesaros and NA promptly took a 1-0 lead.

Two Tigers errors proved costly in the second inning as Pine-Richland cashed in for three runs and a 3-1 lead. The Rams started their run scoring on an RBI single by Jesse Meckler. An error later in the inning allowed Meckler to score to make it 2-1, Rams. A bases loaded walk by Timothy Laylock brought home Christopher Grguras for a 3-1 PR lead.

The pitching for both sides posted zeroes the rest of the way and Pine-Richland held on for the 3-1 victory. On the mound for North Allegheny, senior Trevor Smith took the loss and allowed three runs (one earned) with five strike outs in three innings of work. Junior Bobby Brown tossed three scoreless frames in relief.