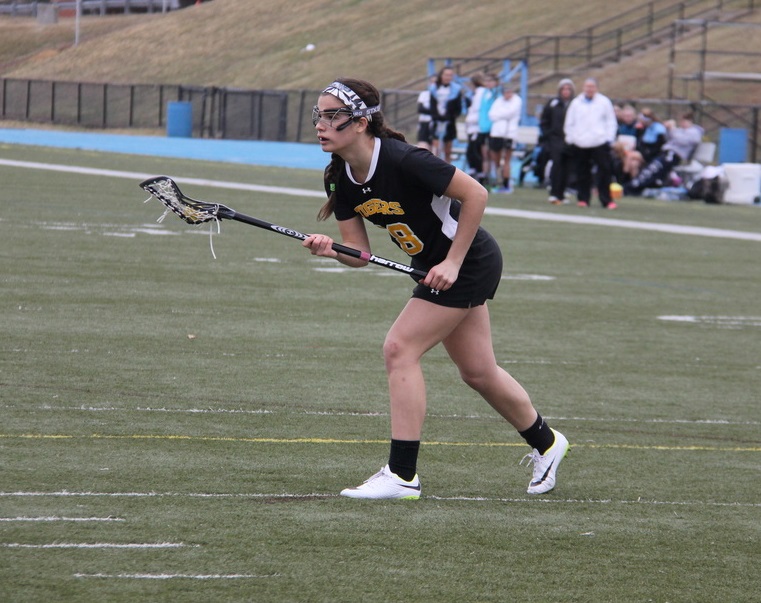 With a chance to clinch a WPIAL Division I playoff berth, the North Allegheny girls lacrosse team fell victim to a big second half by Pine-Richland Thursday night at Newman Stadium. The Rams tallied eight of the first nine second-half goals, including the first six, en route to a nine-goal lead and eventual 13-8 victory.

On the bright side for the Tigers, they won’t have to wait long for their next chance at clinching a spot in the postseason. North Allegheny hosts Seneca Valley on Friday afternoon. Either a win by the Tigers in that game or a loss by Sewickley Academy in its contest against Quaker Valley clinches a berth for North Allegheny.

On Thursday night, Pine-Richland jumped out to a quick start in the first half, notching the game’s first three goals. North Allegheny then responded with three of the next five. Junior Isabella Cottone scored two of those, while the Tigers’ lone senior Rena Ferrera tallied the other.

Pine-Richland exploded out of the break, though, stretching its 5-3 halftime lead to 11-3 in just over 12 minutes. By the time the clock showed 4:03 remaining in the contest, the Rams had built their biggest advantage at 13-4. North Allegheny rallied with four goals in the final 1:54, but it wasn’t quite enough as Pine-Richland held on for the key Section 2 victory.

After tallying two goals in the first half of play, Cottone notched another in the second to give her the hat trick and earn her the honor of Wright Automotive Player of the Game. Ferrara, too, finished the game with a hat trick after a pair of second-half tallies. Juniors Julia Butteri and Yvonne Chick also scored for the Tigers.

The loss dropped the Tigers’ section record to 5-6 and their overall mark to 6-7. Faceoff for Friday’s critical contest against Seneca Valley is set for 4 p.m.