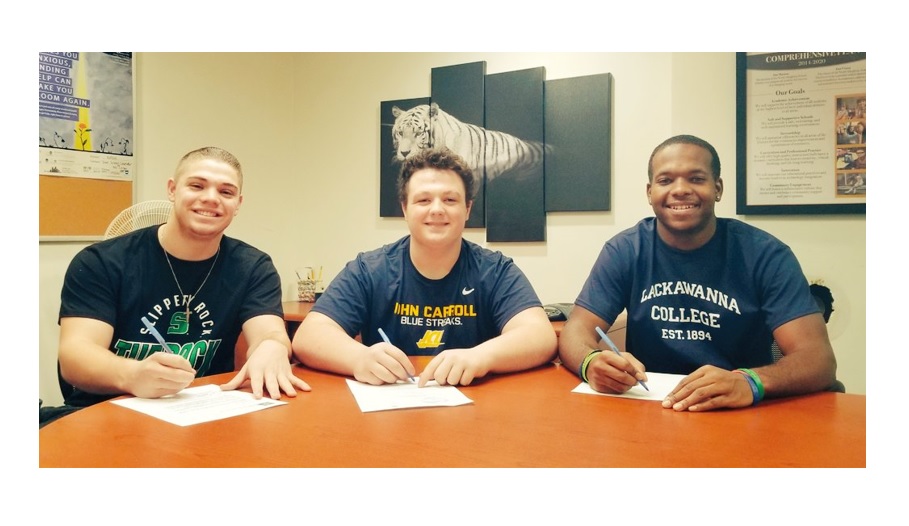 All three players were valuable members of a North Allegheny team that finished 10-2 and reached the WPIAL Class 6A semifinals. Prekop made 38 tackles with five sacks on defense. At the tight end position, Prekop earned Big 56 Conference honorable mention honors, providing hard-nosed blocking and five catches for 63 yards and a touchdown. With deceiving speed, Prekop also returned the opening kickoff against Mt. Lebanon in week four 75 yards for a touchdown.

A rock in the middle of the NA defensive line, Grafton tallied 21 tackles, seven for a loss, and a pair of sacks. Grafton was named first-team All-Big 56 Conference. A multi-sport athlete, Grafton is a standout wrestler at 285 pounds for North Allegheny.

Also earning first-team all-conference recognition was Porter. Despite missing the final six games of the season due to injury, Porter still wreaked havoc on opposing offenses with 18 tackles and three sacks.