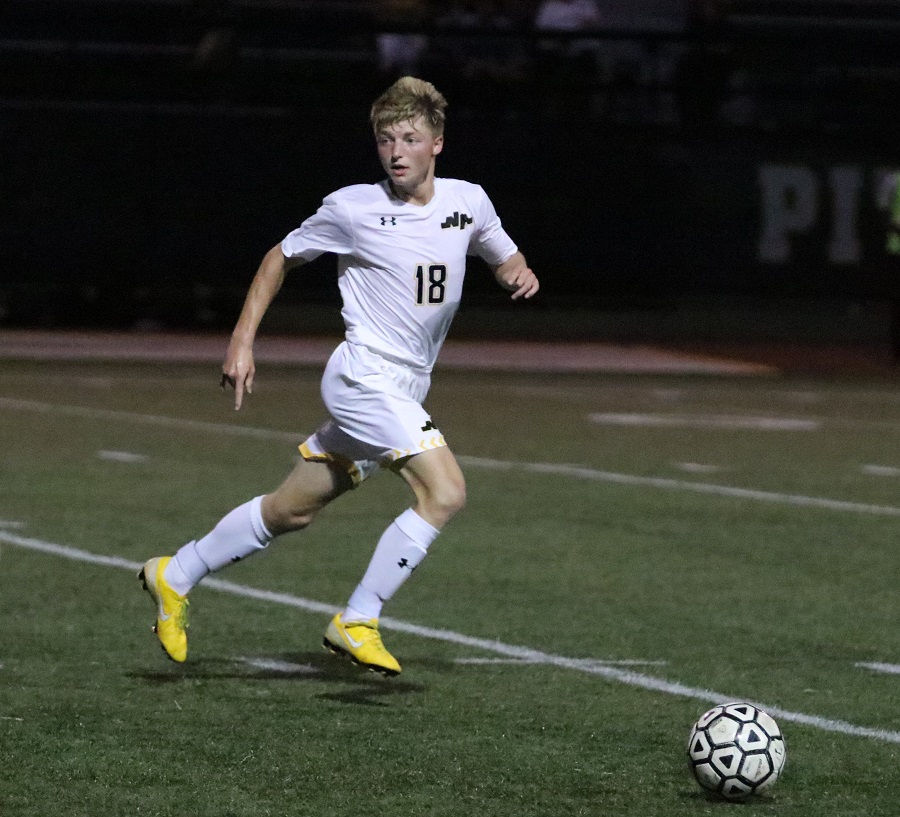 As we crossed into a new millennium, WPIAL Class AAAA dominance had been firmly anchored in the the southern part of the WPIAL, with the first 14 of 15 champions coming from that part of town.  That was until 2016 when the North Allegheny Tigers won the first of back to back WPIAL titles and then last night’s opponent, the Seneca Valley Raiders, secured their first soccer title ever in 2018, firmly swinging the pendulum of soccer dominance toward the north.  Last night, the two teams did not disappoint in delivering another close game thriller which has been a staple in this rivalry.

The Tigers took an immediate blow when less than one minute into the game, senior left back Samuel Giannetti was moving into defending position against an attacking Raider and immediately fell to the ground in apparent pain.  Giannetti was replaced by junior defender Jonathan Swann and would not return to the game.  Swann made an immediate impact cleaning up his side of the field with tremendous efficiency.  The first quality scoring chance came with 32:00 remaining when senior Bryce Boroughs broke free on the left and delivered a nice arcing cross to senior Will Cinker in tight, but the following shot missed the mark, wide right.  Soon after another opportunity was generated by senior midfielder Matt Van Kirk when he shot loose from his defender and had a clean shot at the goal from 20 yards, however the shot skipped high off the crossbar.  A few other quality scoring opportunities were delivered to Cinker, senior forward Sam Maldia and sophomore Evan Anderson, from junior midfielder Zoha Peterson and Van Kirk, however none of which were able to be finished sending the teams into the half, with no score.

The second half started with the Tigers earning more of the possession time throughout the first 20:00 minutes, however it was the Raiders that notched the first goal.  With 24:39 remaining, a well-placed corner kick found SV junior forward Nathan Eastgate who had a nice header finish, putting SV up 1-0.

The lead was short lived however when at 16:32 remaining, senior defender Jonathan Ross delivered one of multiple direct free kicks into the box from 50 yards out that was finished with a header flick past the SV goalie by Cinker, tying the match at 1-1.

NA continue to get strong midfield and defensive play, controlling more of the time of possession as the clock approached the end of regulation.  With 1:00 minute remaining the Raiders had a throw in near very tight to the Tiger back line, where the long throw found the head of senior forward Luke Rupert who flicked it past goalie Jonathan Partridge which would be the final goal that delivered the 2-1 victory for SV over the Tigers.

The Tiger loss moves their record to 7-4, 5-4 in the section. NA will travel to Central Catholic on Thursday for another road section match.