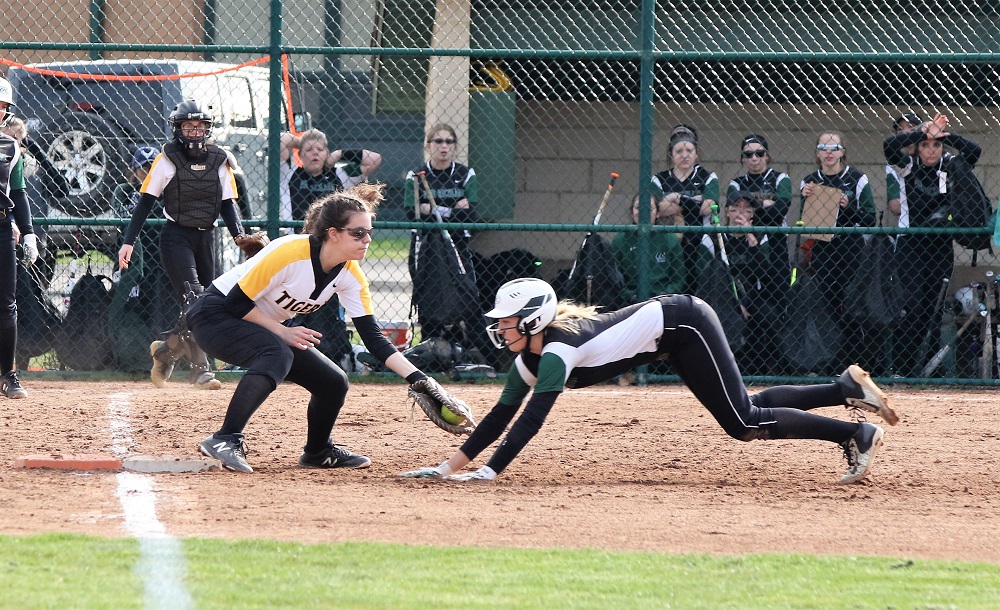 The Pine-Richland Rams gave the North Allegheny Varsity Softball team its first Section 3-AAAAAA loss of the season by earning a 5-2 victory at Pine-Richland on Wednesday afternoon.

The Tigers took a 2-1 lead into the final inning but the opportunistic Rams used a hit and two North Allegheny errors to load the bases. That set the stage for Jackie Hansen who hit a walk-off grand slam to propel the Rams to victory. The Rams’ Cam Devinney also homered in the fourth to trim an early NA 2-0 lead to one run.  The Tigers two runs came via a two-RBI double from NA’s senior left fielder Anna Pilotta. Kristen Chomos also had a double for the Tigers, but was left on base.

Despite the loss, the Tigers still are alone in first place in the section with a 4-1 mark and 6-4 overall record. Weather permitting, NA will travel to Shaler on Thursday afternoon to take on the Titans at 4:00 PM.