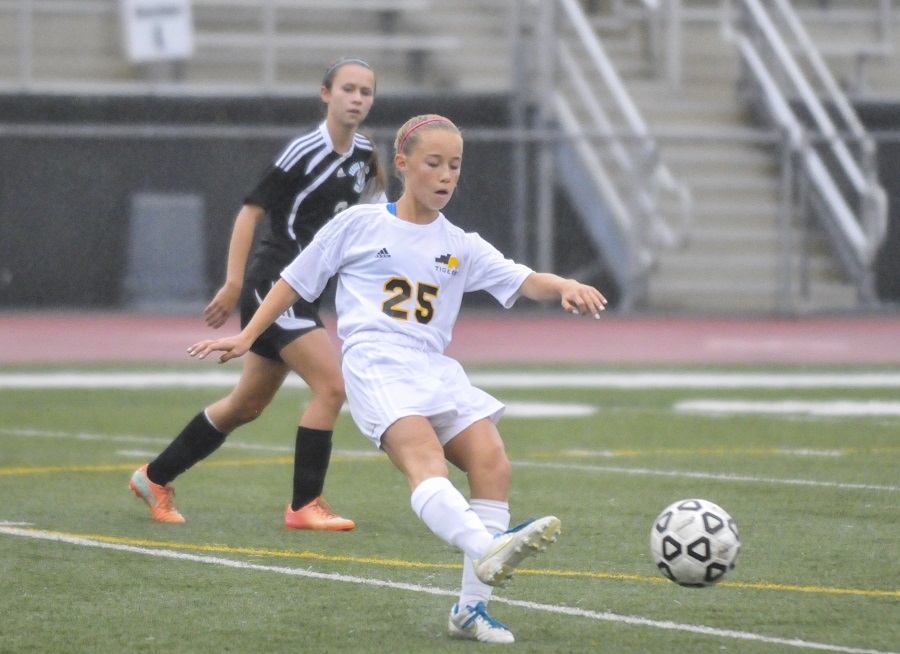 The Pine-Richland Rams topped the Lady Tigers Soccer Team on Wednesday night by a 2-0 decision in Section 2-AAA action. The game was a defensive struggle throughout the entire first half with both teams producing only a few scoring chances. After an even first half, the game was scoreless at intermission.

Pine-Richland finally broke through in the game’s 53rd minute when Amanda Kalin took a pass from Sammy Kelly, dribbled to her right and unleashed a hard shot that beat NA goalie Emily Lyon to give the Rams a 1-0 lead.

Following Kalin’s goal, the game continued in similar fashion to the first half with neither team producing much offense. Then in the 71st minute, the Rams put the game away on a marker by Casey Kroner to bring the score to its eventual final, 2-0. The PR defense permitted the Tigers only six shots on goal on the night.

North Allegheny falls to 7-6 overall and 6-4 in section play following the loss. Pine-Richland jumps to second place in the section with a record of 8-3 and overall mark of 12-3. The Lady Tigers look to bounce back on Monday night with a home game against the Shaler Titans.  The contest will be broadcast live via the internet on the North Allegheny Sports Network. To listen, click here!