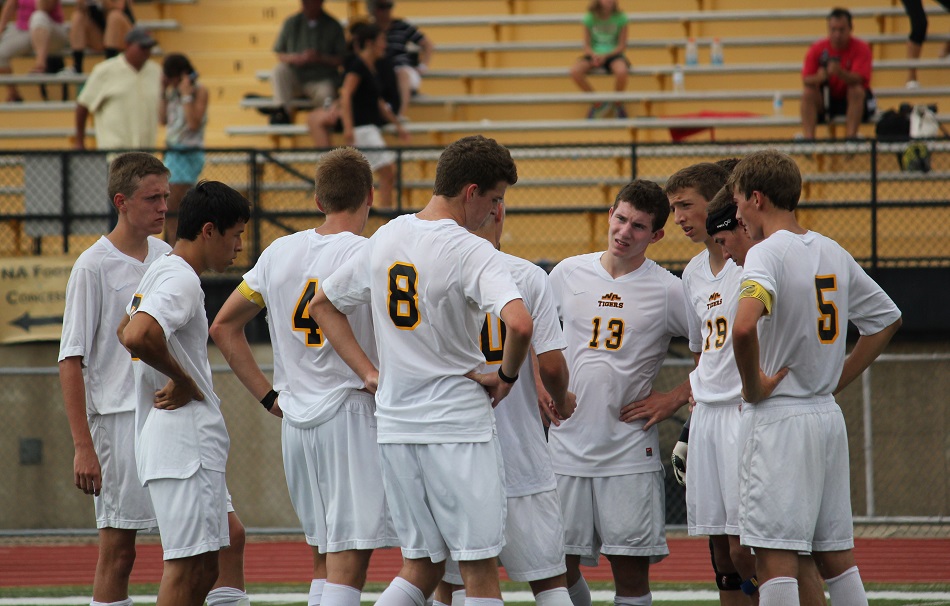 When the North Allegheny boys soccer team finally broke through with less than 15 minutes left against Pine-Richland Thursday night, it appeared as if the Tigers were on their way to a rare season sweep of the Rams.

Instead, Pine-Richland notched an equalizer with just 1:24 remaining in regulation and then stunned the home crowd at Newman Stadium with an overtime winner less than a minute into the first extra period.

Just like in the first meeting between these two teams—a 5-0 Tiger victory—North Allegheny and Pine-Richland battled to a scoreless tie at halftime. North Allegheny registered the vast majority of the shots and shots on goal in the first half, and it continued that way for most of the second, as well.

With 13:08 to play in regulation, the Tigers finally solved the Ram defense. A ball popped out toward the top of the box where Peter Tobias stood all alone. The senior took advantage, burying a shot in the bottom left corner to give North Allegheny the late lead. For his goal, Tobias was named Wright Automotive Player of the Game.

Following the Tobias tally, however, Pine-Richland began applying more pressure to the North Allegheny defense, and senior John Engel eventually notched things up at one. Then, it was Engel’s long run down the left side that led to classmate Alex Miller’s overtime game winner just 59 seconds into the first extra session.

With the loss—North Allegheny’s second in its last three games—the Tigers fell to 5-2 in Section 2 play and 8-2 overall. The Rams won their fifth straight contest to improve to 4-3 in the section and 8-3-1 overall.

North Allegheny is back in action Saturday at noon on the road at recent playoff nemesis Kiski. The Tigers then return to section play at Butler on Tuesday night.