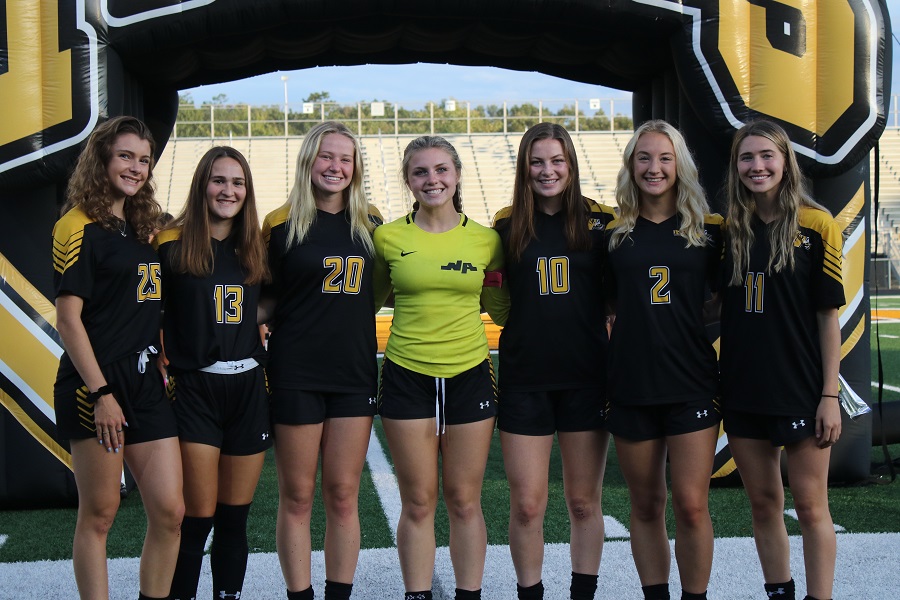 The North Allegheny girls’ soccer team posted its 11th shutout of the year on Monday night, setting a new single-season program record during a 17-0 victory over the Shaler Titans at Newman Stadium. The 11 shutouts are the most since the 2006 Tigers blanked 10 opponents. It was the 17th consecutive victory for North Allegheny in the head-to-head series with Shaler.

Monday was also Senior Night at Newman stadium as seniors Megan Miller, Bella Falo, Halle Marsalis, Briona Rice, Olivia Mark, Alexa Spano and Kena Shannon were all honored before the contest. All seven seniors were selected as the Wright Automotive Players of the Game with significant contributions in a well-rounded team win.

In the 2nd minute, the floodgates opened as sophomore Abigail Stager scored the first marker of the night and the rout was on. Stager finished with a hat trick to pace an attack that saw 13 different Tigers score goals.

Goalies Miller and Natalie Rak combined for the historic shutout and were rarely tested. Rak made the only save required by an NA net minder in the second half.

North Allegheny improves to 11-0-1 on the season and 6-0-1 in Section 1-AAAA action. Shaler falls to 3-6 overall and 0-4 in the section. The Tigers will begin a stretch of three consecutive road games with a visit to Pine-Richland on Wednesday night.