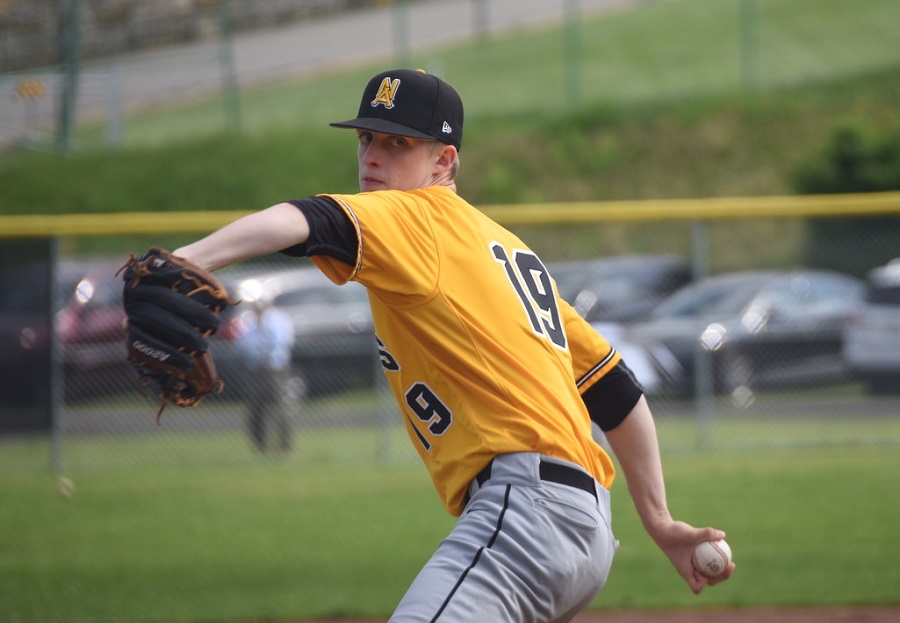 The North Allegheny baseball team closed out the section schedule on Tuesday afternoon with an 11-0 win in five innings at Allderdice. The outcome extends NA’s winning streak to seven in a row and gives the Tigers five mercy-rule victories in that span.

Despite the victory, the Tigers weren’t able to celebrate a section title as Pine-Richland managed to escape Seneca Valley with a 2-1 walk-off win in eight innings giving the Rams an outright Section 1-6A crown.

Against Allderdice, the Tigers seized control early on, keyed by a six-run second inning. Highlighting the afternoon were multi-hit performances from Cam Medic, Shane Murphy and Aaron Posey. Murphy went 2 for 2 with two RBI’s, while Posey was 2 for 4 and drove in three runs.

On the mound, starter Anthony Hattrup (4-1) earned the win with three innings of shutout baseball with five strikeouts. Lefty Kevin Schott pitched the final two innings permitting only one hit and striking out three.

Playoff-bound North Allegheny improves to 14-5 overall and finishes in second place in Section 1-6A with an 8-2 record. Allderdice falls to 3-9 overall and 1-9 in section play. The Tigers will host the Plum Mustangs on Wednesday night at 7 pm.