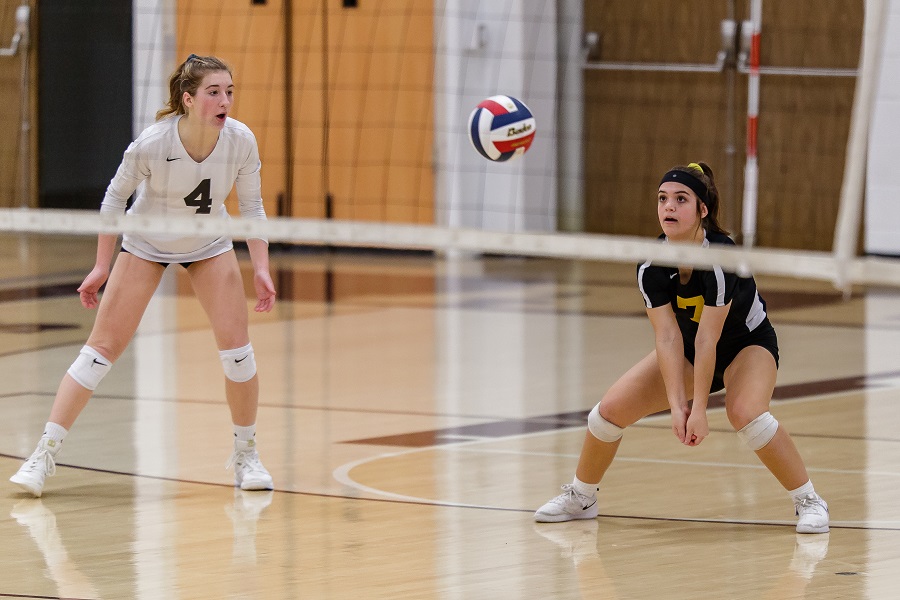 The two-time reigning PIAA champion North Allegheny girls’ volleyball team continued its quest for a three-peat on Tuesday night with a 3-1 victory over Landisville Hempfield in the Class AAAA state semifinals at Altoona High School. The Tigers won by set scores of 25-23, 25-15, 21-25 and 25-9. It’s the second straight match the Tigers have knocked off a previously unbeaten team.

North Allegheny and Hempfield, the District 3 champions, played a hotly contested first set that ended on a Mia Tuman kill, giving the Tigers a 25-23 victory. The NA defense thwarted the Black Knights at every turn with the help of libero Malia Duffy, who posted 17 digs on her way to Wright Automotive Player of the Game honors.

In the second set, Hempfield committed numerous hitting errors and the self-inflicted wounds were capitalized on by the opportunistic Tigers. Senior Hannah Phillips notched a pair of kills in the set and totaled a team-high nine kills on the night. Sophomore Rachel Burton capped the set with a kill as NA rolled to a 25-15 win.

It appeared North Allegheny might sweep Hempfield and built an 8-4 lead in set three. However, the Black Knights rallied back on the strength of senior outside hitter Claire Flood. Trailing 15-11, Flood sparked a 7-0 run with a kill and three aces to pull Hempfield ahead, 18-15. Despite the efforts of NA senior Abby Miller, who tallied four kills in the set, the Black Knights prevailed, 25-21, to force a fourth set. Miller concluded the evening with eight kills.

Set four was complete domination by North Allegheny as a barrage of big swings pummeled Hempfield en route to a 25-9 victory, vaulting the Tigers into the PIAA championship. Tuman capped the fourth set with a match-ending kill.

With the win, North Allegheny improves to 21-1 overall and will face Bishop Shanahan for the Class AAAA state championship for the third straight season. The Tigers swept the District 1 power the last two seasons in the title tilt. The PIAA championship game will be broadcast live via the internet on the North Allegheny Sports Network.