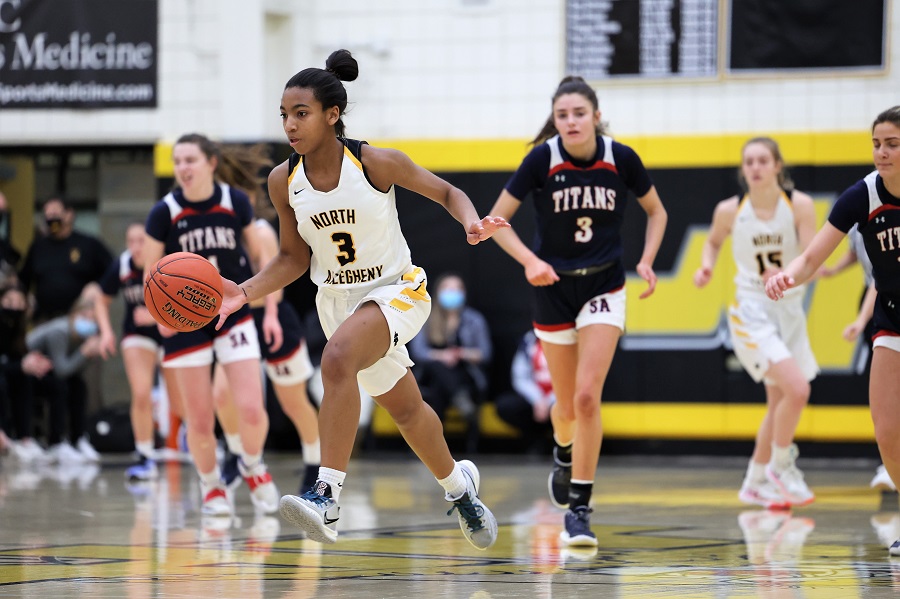 Thanks to a big second half performance, the North Allegheny girls’ basketball team topped the Shaler Titans on Saturday afternoon, 55-35, in Section 1-6A action.

Trailing 24-23 at the half, the North Allegheny defense flipped the switch in the third quarter to spearhead a tide-turning 16-2 run. From that point on, the game belonged to the Tigers as the reigning PIAA champs coasted to a 55-35 victory.

Senior Taylor Rawls scored a game-high 16 points and poured in four 3-pointers. For her efforts, Rawls was named the Wright Automotive Player of the Game.

Seniors Jasmine Timmerson and Emma Fischer made their presence felt on defense with a bevy of steals. Timmerson chipped in with nine points as well on offense.

With the win, North Allegheny improves to 17-1 overall and 11-1 in Section 1-6A. Shaler slips to 6-13 overall and 3-9 in the section. The Tigers will continue section play on Monday night with a visit to Seneca Valley a 7:30 p.m.