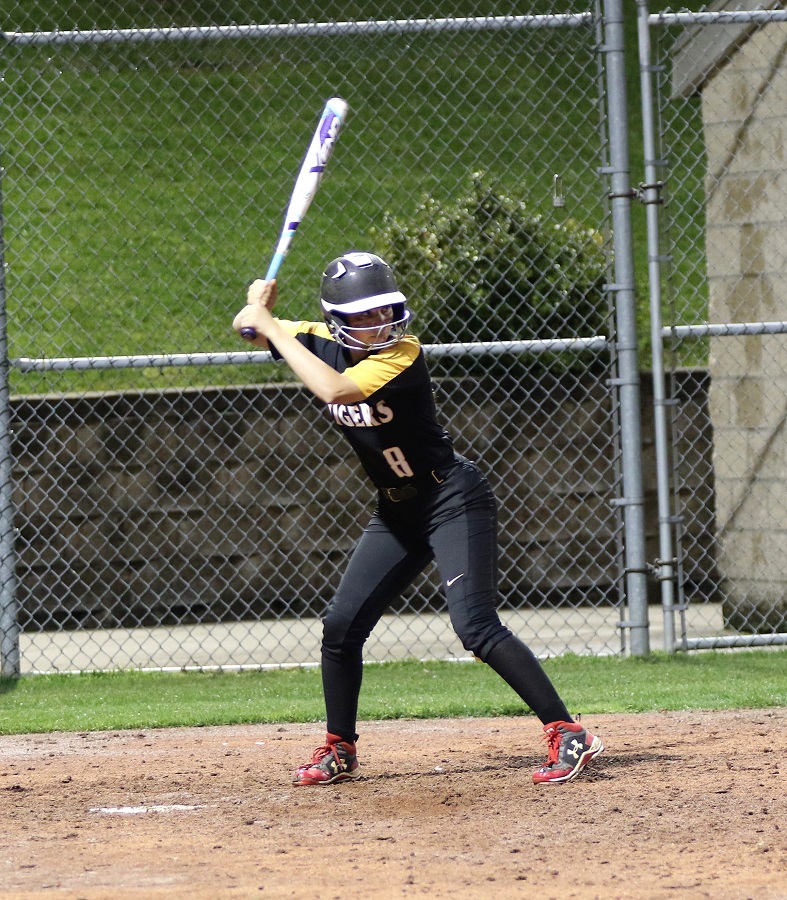 On Thursday evening at NASH Field, it was Senior Night as North Allegheny took on Section 3-6A rival North Hills, but it was junior Brooke Serbin who stole the show with a dramatic three-run home run in the bottom of the sixth to propel the Tigers past the Indians, 6-3, in an exciting game that completed section play for NA.

North Hills tallied three runs in the top of the second inning. That was the only scoring until NA got one run in the bottom of the fifth to narrow the gap to two. In the bottom of the sixth, the Tigers took the lead for the first time on Serbin’s shot into the left field bleachers. Following the home run, NA tacked on two more important insurance runs and starter sophomore Sophia Dollard, who pitched a complete game, shut down North Hills in the top of the seventh to complete a one-hit performance and secure the victory.

For the Tigers, extra base hits were registered by freshman Lauren Haywood, junior Kristen Chomos, and Dollard, each of whom doubled. For her home run, Brooke Serbin was named Wright Automotive Player of the Game by the North Allegheny Sports Network broadcast team.

The win completes section play for the champion Tigers, whose section record elevated to 9-1 and brought the overall record to 13-6.

Congratulations to the NA Seniors, Shannon Hamm, Dana Manz, Madison Petschke, and Anna Pilotta, all of whom started the game and had at least one plate appearance.