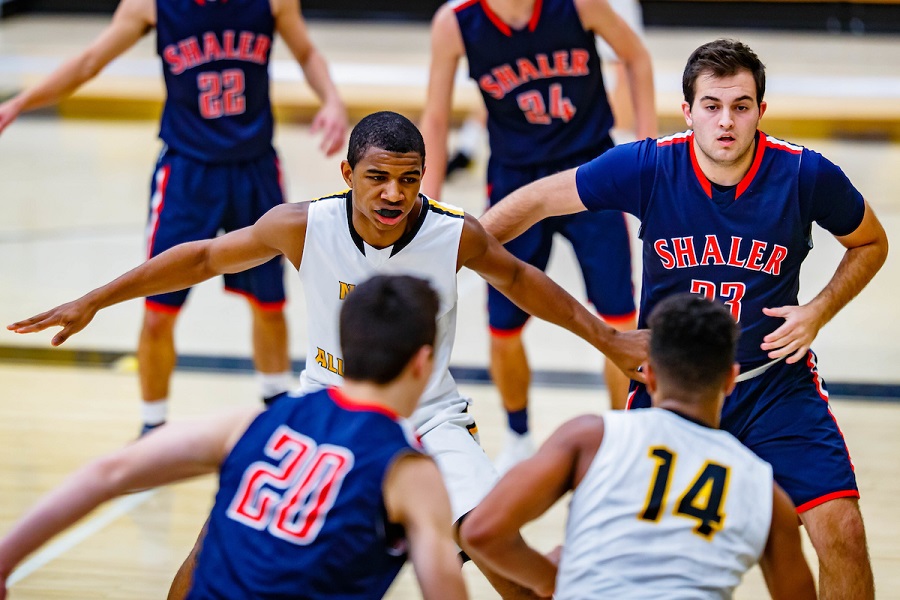 Shaler snapped a 19-game section losing streak on Friday night with a 63-40 road win over the North Allegheny Tigers. The section victory was the first for the Titans since a 56-54 win at North Hills on January 6, 2015. The outcome also snapped an eight-game head-to-head losing streak to the Tigers.

The difference maker in this contest was three-point shooting and the disparity was considerable. The Titans connected on 11 of 16 from beyond the arc, including a perfect 5 for 5 in the second half, for a 69-percent success rate. Meanwhile, North Allegheny hit 27-percent from the perimeter on 3 of 11 shooting.

Shaler was led by sophomore guard Mehki Reynolds who tallied a double-double with 15 points and 10 rebounds. Jesse Tavella and Luke Bebout reached double digits with 11 and 10 points, respectively.

The loss drops North Allegheny to 0-3 overall and 0-1 in section play. Shaler improves to 4-1 overall and 1-0 in Section 1-6A. The Tigers will visit Pine-Richland on Tuesday night at 7:30 p.m. The game will be broadcast live by the North Allegheny Sports Network.