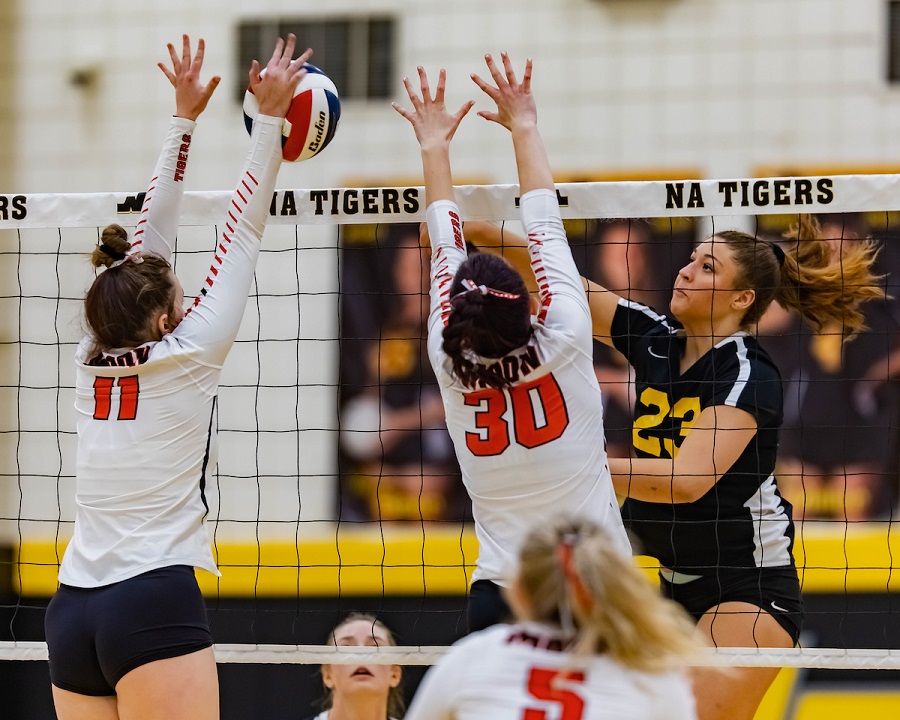 North Allegheny’s lengthy 27-match winning streak came to an end on Thursday night with a 3-0 loss at Shaler in Section 1-AAAA action. In a rematch of last year’s WPIAL championship, the host Titans earned the win over the Tigers by set scores 25-21, 25-15 and 27-25. It’s the first regular season loss for the Tigers since a 3-1 defeat at Seneca Valley on Sept. 20, 2016, snapping what was an astonishing 57-match section winning streak.

With the loss, North Allegheny falls to 4-1 overall and 4-1 in Section 1-AAAA. Shaler improves to 7-0 overall and 5-0 in the section. The Tigers will take part in the Cumberland Valley Invitational on Saturday before returning to section play on Tuesday against Pine-Richland.