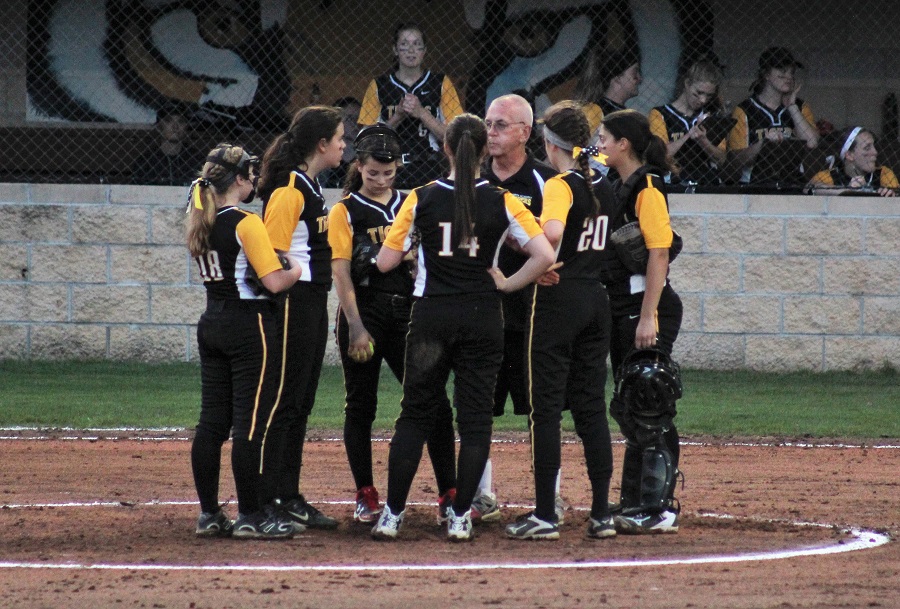 In a wild back-and-forth ballgame, the Shaler Titans outlasted North Allegheny for a 15-10 victory in nine innings on Thursday night at NASH. After forcing extra innings with two runs in the top of the seventh, Shaler scored five runs in the ninth to sneak out with a road section win and a split of the season series with the Tigers. Lindsey Lakatos and Leah Schoenian drove in four runs each for the Titans.

The topsy-turvy nature of the game revealed itself early on as Shaler opened up a 5-1 lead in the second inning. North Allegheny answered back and eventually tied the game at 6-6 in the bottom of the fourth on a three-run homer by sophomore Rachel Martindale. Finishing with a 3 for 5 performance with three runs scored and a tide-turning home run, Martindale was name the Wright Automotive Player of the Game.

Following the Martindale long ball, the Tigers tacked on another run in the fourth inning courtesy of an RBI single by Shannon Hamm for a 7-6 lead. Hamm ended the evening with a 2 for 4 showing and three RBI.

Shaler grabbed the lead right back with a two RBI single by Lakatos in the top of the sixth inning to bring the score to 8-7, Titans. Continuing the game’s trend, North Allegheny responded with a three-run bottom of the sixth, including an RBI single by Sophia Dollard and a sacrifice fly RBI by Hamm, to take a 10-8 lead.

However, Shaler tied the game with two runs in the top of the seventh with a bases loaded walk by Devon Smith and a sacrifice fly RBI by Kayla Seidl to deadlock the score at 10-10. North Allegheny came within inches of winning the game in the bottom the seventh when Martindale stroked a line drive that dropped narrowly foul up the left field line with runners at first and second and one out. On the next pitch, Martindale lined into a double play and the game pushed on into extra innings.

After a scoreless eighth inning, Shaler took the lead for good with a five-run top of the ninth that included an RBI single by Lauren Miller and two-run singles by Lakatos and Schoenian. Titans starter Lily Buckshaw was touched up for ten runs but was credited with the victory. Pitching in relief, Dollard was saddled with the loss for North Allegheny.

Despite the defeat, it was a good hitting display put forth by the Tigers bats. All but one player in the lineup had a base hit in the game. Kristen Chomos went 4 for 4 with a walk and three runs scored. Anna Pilotta delivered a 3 for 5 outing with a triple and two runs scored.