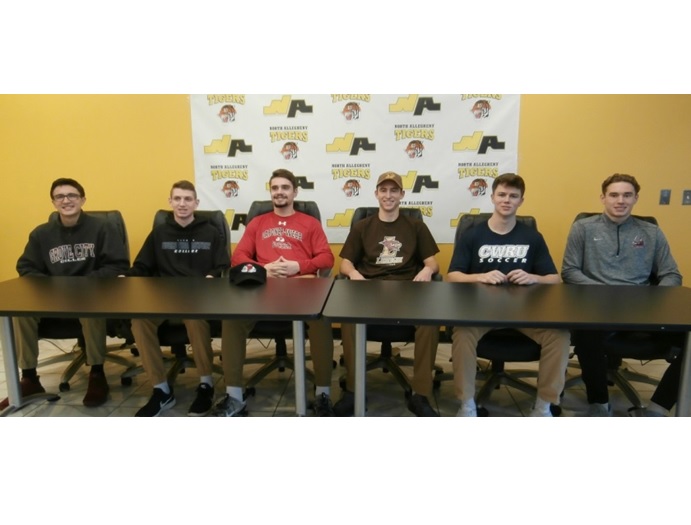 Gianetti and Williams were significant contributors to the Tigers on defense and the midfield. Marzula tallied three goals and four assists this past fall, while Atwater added six goals and 15 assists. Additionally, Atwater proved to be a clutch player for the Tigers during his junior season, scoring three overtime goals in NA’s run to a WPIAL championship and PIAA semifinal appearance in 2016.

Glorioso posted 14 shutouts during his senior campaign and was a standout in between the pipes. Luchini was one of the best forwards in the WPIAL and netted 36 goals and 17 assists.

Best of luck to all six players in their future endeavors.