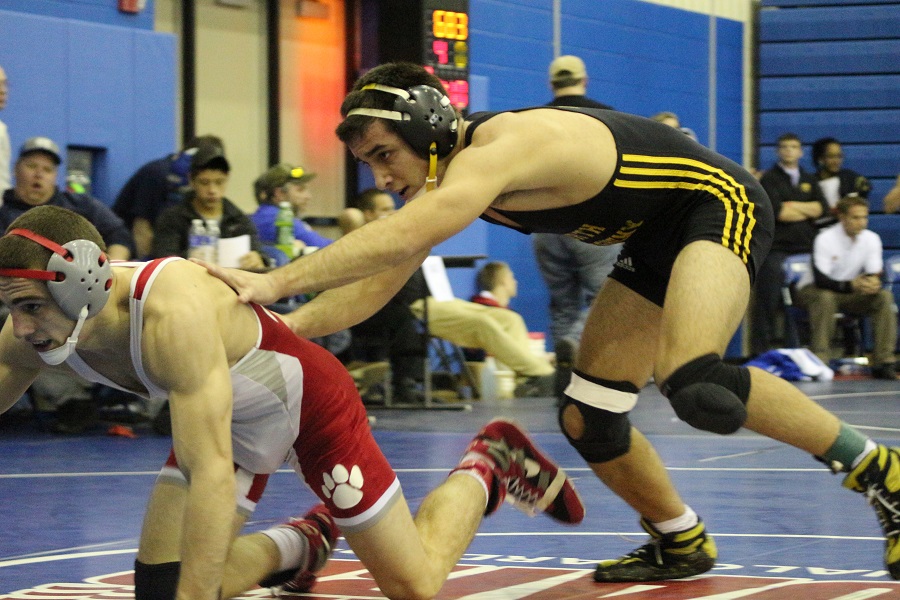 North Allegheny will have six representatives in the semifinals in Day Two of the WPIAL individual wrestling tournament. Luke Landefeld (126), Jake Hinkson (138), A.J Boeh (145), Sean Hoover (160), Jake Woodley (182) and Francis Duggan (195) all won their first round and quarterfinal bouts to open the tournament on Friday at Penn Hills High School.

Also continuing into the second day of the tournament for the Tigers will be Jake Downing (106) and Zach Stedeford (132) who will be competing in the consolation bracket. A complete listing of North Allegheny wrestlers and results are below.

Semifinal round action and second round consolations will begin at 10:00 am from Penn Hills. For extensive live coverage of the WPIAL individual wrestling tournament, follow the WJPA Radio wrestling page by clicking here.